More apartments are needed, as well as more jobs – but a recent poll shows that young Jerusalemites are confident in their future in the Holy City.

Carried out by the Youth Authority of the Jerusalem Municipality among 9,000 respondents, the survey found that three out of four Jerusalemites aged 21-40 are either “highly satisfied” or “very highly satisfied” with their lives in the capital. A similar proportion, 74 percent, said they would recommend that their friends from outside the city relocate to Jerusalem.


The poll also found that 75 percent of the city’s college students feel quite confident that they will be able to find work in their professional fields in Yerushalayim. In certain fields, such as bio-tech, engineering, computer sciences, education, social sciences, and medicine, more than 80 percent are close to certain they will find work in Jerusalem.

City officials are happy with the results, not to mention surprised. “In the past,” said Mayor Nir Barkat, “our problem was that younger people were leaving the city in droves, but today we see that they represent our future. Our efforts have made Jerusalem attractive once again to the young, as well as a leader in high-tech, culture, and all areas of life.”

The survey results are said to explode the popular conception that young Jerusalemites continue to leave the city. Jerusalem expert Nadav Shragai, however, does not agree. A consultant for KeepJerusalem, he said that an average of 10,000 Jews still leave the city each year, and most of them are young.

In addition, he said, “the survey was apparently carried out among those who continue to live in Jerusalem, [meaning that] those who have remained want to continue to do so…. Certainly it is to be hoped that they actually remain here. But, on the other hand, the results show us that 25 percent of those who have not left Jerusalem are not sure they will remain there for long.”

Shragai is of the strong opinion that city officials must take very seriously the high migration rate and drastically step up housing construction in order to increase the supply of affordable apartments. Similarly, an emphasis must be placed on measures to increase employment opportunities.

We at KeepJerusalem have long called on the government of Israel and the Jerusalem municipality to take concrete steps to ensure absolute Israeli sovereignty over united Jerusalem – and to this end, a strong Jewish demographic majority must be maintained and nourished. That thousands of young Jews leave the city each year is a major cause for concern.

The poll results are certainly a very encouraging step in the right direction. If correct, they reflect the work that has been done by the mayor and city council to improve the city’s cultural and educational facilities, as well as the general atmosphere.

It remains unclear, however, whether city hall and the government have the practical solutions in place to enable the willing youth to remain long-term. What is crucially necessary are ample job opportunities and affordable housing so that these productive citizens can translate their residential desires into economic practice.

According to our data, there is a large gap between the millennials’ desire to remain in Yerushalayim and the government’s practical solutions to enable them to do so. These, of course, cost money, and the government and municipality must be willing to invest the necessary resources to enable this turnaround. Thousands of jobs must be created, and approximately 5,000 affordable apartments must be built each year. That will be the real test.

In other Jerusalem news, “haredi protests” are back in the headlines. Various news outlets reported on traffic-disrupting protests in several key intersections and boulevards – primarily, but not only, in Jerusalem – though not all of them reported the reason: the arrests of several haredi young men who did not report to the IDF Recruitment Office and who are essentially dodging the draft.

It is actually an over-generalization to call them “haredi” protests. It is only a certain group – the peleg, or “split-off” – within the haredi world that is fighting the army authorities so strongly. The peleg is not only protesting the army, but possibly even more so the mainstream haredi establishment that is willing to cooperate with the IDF. Mainstream haredim register with the IDF when they come of age, and either receive an exemption or serve in special haredi units. The peleg is not willing to register at all, for fear of a slippery slope, and its young men are considered draft-dodgers – and are sometimes arrested.

The peleg even sent hundreds of representatives to Jerusalem last week to disrupt the annual marathon, knowing how significant this flagship event is for the city. In the end, the police were more than prepared: they came out in force, made a few arrests, and the marathon was saved.

One thing is certain: If a united Jerusalem under Israeli sovereignty is the goal, the haredi population plays a very important role to this end. Its members are committed to Jerusalem, and do not leave to find employment or better cultural options elsewhere. They do, however, require housing – and this brings us full circle to the need for the government to solve this problem, including in areas liberated in 1967 – the sooner the better.

For more information on what you can do to keep the need for a united Jerusalem under Israeli sovereignty in the public awareness, and/or to participate in our bus tours, write to info@keepjerusalem.org. 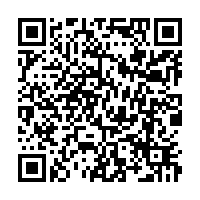