“Wait a minute, Rebbetzin,” you might protest, “isn’t the title of your column something of an oxymoron? How can you be Jewish without being Jewish?”

I agree wholeheartedly, but this is a phenomenon with which we have become increasingly familiar. One of the most telling and much remarked-upon examples of what we face was an article that appeared some years ago in The New York Times Magazine by Noah Feldman, a Harvard Law professor and product of a Modern Orthodox Day School in Brookline, Massachusetts.

It’s one thing when an individual succumbs to the many enticements of his society or allows his yetzer hara to get the best of him, but it’s something else again to flaunt this desecration in everyone’s face – and more, to point an accusatory finger at all who refuse to endorse it.

That’s exactly what Feldman did. He excoriated his alma mater and the Modern Orthodox community it represents for refusing to accept or acknowledge his gentile wife.

Not only did Feldman in his article misinterpret the laws concerning violating the Sabbath in order to save the life of a non-Jew, he cited Yigal Amir, the assassin of Yitzhak Rabin, and Baruch Goldstein, who murdered Arabs while they were praying in Hebron, as exemplars of the fanaticism allegedly prevalent among Orthodox Jews.

All this to exact vengeance on the day school that chose to excise his and his wife’s faces from a class reunion photograph.

One cannot help but wonder why the graduate of a Jewish day school would wish to flaunt his abandonment of his school’s teachings in a secular publication like The New York Times. One need not be a psychiatrist to perceive that the arguments Feldman made were ridden with the kind of Jewish guilt that very often culminates in Jewish self-hate.

Had Feldman been sincere in his search for answers, would it not have been more logical for him to have written letters to the rabbis of his alma mater rather than air his grievances in the Times?

At any rate, the answer to the Feldmans of the world is that there is a fatal contradiction at the heart of their argument. Everyone knows the old saying that can easily be understood without the benefit of a Harvard or Oxford education: “You can’t have your cake and eat it too.”

You can’t protest that you desire to be part of the Jewish community, that you espouse Jewish values, and at the same time raise non-Jewish children. It just doesn’t work. Surely Mr. Feldman knew that according to Torah law the children of a non-Jewish woman are not Jewish.

What I find most disconcerting, however, is that stories such as these always serve to encourage those who call for a more tolerant approach to intermarriage. Sure enough, soon after Feldman’s plaint was published, articles began appearing by Jewish organizational leaders and even some traditional rabbis and public figures asking for a more welcoming attitude toward intermarried Jews and their spouses. Hardly what our young people need to hear in a climate of climbing intermarriage rates.

At the inception of our Hineni movement in the mid-1970s I referred to intermarriage to a spiritual Holocaust. (At that time, the U.S. intermarriage rate was only about a quarter what it is now.) When I was questioned about having made such a shocking statement, I explained that in many ways intermarriage was more devastating to the Jewish people than a physical Holocaust.

For while my grandparents, aunts, uncles, and cousins all perished along with six million other holy martyrs, they are alive today in my children, grandchildren, and great-grandchildren, who carry on their names and legacy. And this holds true not only for my family but for the entire Jewish people.

Just consider the resurgence of Jewish life we are witness to today. In cities and communities throughout the world, wherever Jews reside, there are thriving yeshivas and synagogues and study halls. Miraculously, the voice of Torah is once again heard even in places where, not very long ago, almost all traces of Jewish life had vanished.

Such steely tenaciousness in the face of persecution and denigration, of small-scale pogroms and large-scale genocide! Such deep determination to survive against all odds and replant the seeds of Yiddishkeit!

You know where that tenaciousness and determination come from? From one thing and one thing only: our refusal to assimilate and intermarry into the populations around us.

Tragically, outside of the Torah-observant communities, such tenaciousness and determination are long gone. And those who disappear via assimilation and intermarriage do not leave behind even a Kaddish. In their wake, there is total death – a death without memory or legacy. 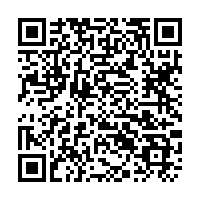