“Our smile tomorrow will be more beautiful, Allah willing,” is the caption Mohammed Hamid Jabareen, one of the Arab youths who launched a murderous attack on Israeli police on the Temple Mount Friday morning, posted on his Facebook page. Below the caption is his picture with his partner in crime.

In less than an hour, the post attracted more than 1,200 comments, and if Facebook does not take it down there’s no doubt this number will increase, a symbol of the way social media celebrate ruthless hatred and bloodshed.


User Birthing virgin wrote: “May God’s mercy be on you in the gardens of the immortality, O Martyrs of dignity and honor.”

Naseer Abu Soud wrote: “To the Gardens of Blessings … Allah will have mercy on you and will grant you the highest Paradise.”

Samah Othman wrote: “And do not think those who were killed in the way of Allah dead, but will live with their Lord. Happy with what Allah has given them of his bounty and preach to those who did not follow them from behind, do not fear for them nor grieve… Allah makes your highest Paradise.”

More than 1,200 of these praising sendoff notes, to three young men who approached two policemen on the Temple Mount and riddled them with bullets at close range. 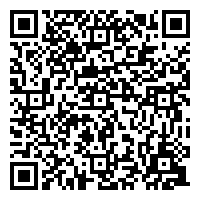