Everyone has a dream. The Oxford dictionary defines dreams as cherished aspirations, ambitions, or ideals; something you really want or hope for. Some dreams are never meant to be realized; they’re pure fantasy. Others prod us to go forward in life and reach for the stars. (Are the stars “fantasy”? Only if we really think we can reach them. But the reaching is what makes us human!)

In 2005, the State of Israel expelled 10,000 Jews from the Katif region in the Gaza strip. 12,000 homes were razed; 1,700 families were uprooted from their homes. Twenty years of building and growth were interrupted and destroyed. It took ten years until all of the residents were able to move into new, permanent housing in other areas across the country.

One of those families was my own. My son and daughter-in-law and five children. After twenty years, they left their home and the town and institutions they had built together with their five children. But they were not empty-handed. Each family member left holding a dream.

The kids all dreamed about returning; rebuilding; putting their paradise back together again. They were bitter and disillusioned at all the useless destruction. But the stream of life swept them along and they have since grown up, founded new families, given birth to a new generation of Jewish children and are building new homes in new places. But still, they hold onto the dream. And even if they themselves are prevented from doing so, they hope their children will some day return to rebuild Katif.

Their parents had different dreams. Although we in Israel do not build on realism (this is a highly miraculous country), they knew that returning to Katif in the immediate future was not realistic. It would most likely be left to the new generation. So meanwhile, they rolled up their sleeves and went to work to insure that the present was not neglected. Their dreams were now more tangible: new schools, homes, institutions, communities. And as their families expanded, they needed more normal living quarters. They and their friends planned, worked and waited patiently (things move slowly in the Holy Land) until they could leave their 12-year “temporary” quarters and move into permanent homes.

This year their dream was realized. They, together with other ex-Katifnikim and scores of young couples from across the country, moved into new communities in the lush, grape growing district of Lachish, in the northern Negev.

My son’s original yishuv was called “Katif.” His new yishuv is called Karmei Katif. From the highway, you can see dozens of new homes rising on a broad hill. Newly-planted cities thrusting their way up from the ground to fill the face of Eretz Yisrael. Structures of stone to house and protect Jewish life in the Jewish Land. Homes to nourish and protect Jewish dreams.

My son had a dream. His new home would have a mikveh, a small, private mikveh. It is an absolute necessity when Mashiach arrives. After all, a Jew needs to immerse in a mikveh before going up to Har Habayit and the Beit HaMikdash in Jerusalem for the Shalosh Regalim! When his friends smiled condescendingly, he just smiled back and said, “Think how crowded it’s going to be when everyone goes up to Yerushalayim. Having my own mikveh will save me a lot of time. I won’t have to wait in line!” And he went ahead and built himself a beautiful little mikveh, right there in his own house.

My daughter-in-law had a different dream. She dreamt of a table. A large table. Large enough to seat the twenty or so children, grandchildren and guests they host most Shabbatot. “I’m tired of dragging out extra tables. I want the family to sit comfortably like menschen around one big table, big enough to hold everyone!” It’s hard to find tables that big, so they went to an expert table maker in Tel Aviv and ordered one. It seats twelve people closed and twenty when opened. It’s a magnificent table. A true altar for a Jewish home. Of course, a table that large requires large tablecloths, so my daughter-in-law bought material and sewed several of her own. A perfect fit for a king (or a Shabbos Queen!).

And at long last, she finally has a proper kitchen in which to prepare for those twenty people… something a bit bigger and nicer than the two feet by two feet kitchen she cooked in for twelve years in their temporary “cara-villa” (supposedly short for caraven-villa but more appropriately… carboard -villa!).

Last, there was the dream of the vine. In their original home in Katif, they had planted a vine which eventually covered an entire frame and turned into an annual, leafy sukkah during the spring and summer months. They had hoped it would serve as a chuppah for their daughters’ weddings. When they were forced to leave Katif, they took a cutting from the vine, but, alas, once detached from its sandy, sunny source, it withered away. Perhaps it pined for the sound and smell of the ocean it knew in Katif. The plant died, but the dream remained. And now, a new vine stands in its place outside their new home. Perhaps it will be the chuppah for their grandchildren.

A mikveh, a table, a vine – each a symbol of a Jewish dream. Each a piece of the Jewish mosaic – a mikveh to hallow the sons and daughters of Yaakov Avinu; a table, reminiscent of the mizbayach in the Beit HaMikdash, to hallow a Jewish home; and a vine to symbolize joy and celebrate the bounty of the Holy Land. May all such Jewish dreams come true. 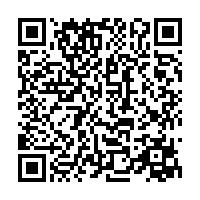