The Arab League’s assistant secretary-general, Hossam Zaki, told reporters in Cairo on Monday that representatives of the Arab League will convene urgently on Tuesday to debate the issue of Jerusalem, in response to a request from the Palestinian Authority.

The meeting comes in response to media reports that President Donald Trump is planning to recognize Jerusalem as the capital of Israel.

Arab League Secretary-General Ahmed Aboul Gheit warned Saturday that if the United States were to recognize Jerusalem as Israel’s capital, this would fuel extremism and violence.

“Today we say very clearly that taking such action is not justified … It will not serve peace or stability, but will fuel extremism and resort to violence,” Aboul Gheit said in a statement.

“It only benefits one side; the Israeli government that is hostile to peace,” Gheit added.

The PA and Hamas warned Trump that relocating the US embassy to Jerusalem would lead to the “complete destruction of the peace process.”

A PA spokesman warned that “the world will pay the price” for a change in Jerusalem’s status, and such a change “would represent a US assault on the city and give legitimacy to [Israel] over the city.”

So, don’t expect the Arab League to support the president’s recognition of Jerusalem as the capital of Israel.

Also, don’t be too invested in expecting the president to recognize Israel. Now, that’s two disappointments from which we spared you. 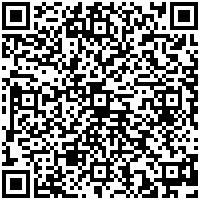