There is a Hungarian tale I’ve always found meaningful and yet sad. It is about a little boy who always wanted his own rocking horse. (In Hungary, a rocking horse was a toy that belonged to only the privileged few.)

“If only I could have a rocking horse,” he would say to himself. One day the little boy’s mother fell ill and soon passed away. “Where is my mommy, where is my mommy?” he sobbed. Then he looked out the window and saw black horses pulling a hearse to take his mommy away.

That story stayed with me and often replays itself in my mind. We yearn for something, and when it happens we are disappointed because it’s not quite the way we imagined it. And then, like that little boy in the story, we cry out, “This is not the horse I wanted…”

Most of you know I’m a survivor of the concentration camps, and that’s a memory that never fades. As a matter of fact, my children often say, “No matter what the conversation, no matter what the subject, Ima will always find a way to connect it to the Holocaust,” which I’m sure I do, although I was not aware of it until they brought it to my attention.

The war was over. My father, HaRav HaGaon Avraham HaLevi Jungreis, zt”l, was a ben yachid – the lone son of the glorious rabbinic dynasty from my saintly grandfather’s house. The devastation was beyond comprehension. Our suffering defied words. Not only did we have to deal with our nightmarish memories, we had to come to grips with the unbelievable reality that everyone – everyone – was gone. We didn’t even have a grave to go to where we could whisper a tefillah, a prayer. There were only dark clouds that told us our loved ones were hovering in the air and when it rained we saw their teardrops and our hearts cried out. There was no one to ease our pain, no one to wipe our tears.

In the midst of that Satanic darkness my father would often say in Yiddish, “Noch azoy ah churbon, after such slaughter, we must kiss every living Jew and embrace him with love; hold him precious and dear and bring him close to our hearts.”

After the Holocaust my father’s words had to resonate in every Jewish soul. Of course we must unite and love one another. Our families, our yeshivas, our shuls disappeared in smoke. There was only one thing left for us and that was to unite and rebuild. But it didn’t quite happen that way. Instead of building the walls of love my father envisioned, we built walls of anger, animosity, jealousy, and cold-heartedness. No, that was not the horse we wanted.

Following the war we were taken to displaced persons camps in Switzerland where we were separated from our parents. My brother was placed in the German part of the country and I in the French part, while my parents and younger brother were in another camp somewhere in Switzerland. It was a painful time – to have survived only to once again be divided. To this day I don’t quite understand why they did that. And this occurred in free Switzerland, in days of peace, when good people were in charge of our destiny.

My parents were determined that we would no longer live in exile. We would go to Eretz Yisrael. The British were in control, however, and, in their desire to appease the Arabs, they allowed only a small trickle of Jews to enter the Promised Land. For two long harrowing years we waited – but it soon became apparent that there was no hope for us to obtain visas legally.

To be sure, many survivors defied the British, but those who were captured were sent to yet another detention camp in Cyprus. My father did not want his children to once again experience a detention camp. We had suffered too much. So my parents decided we would go to America. My uncle and aunt who lived in New York sent us visas and we crossed the Atlantic in bitterly cold weather on an old Italian freighter.

From as far back as I can remember, my parents imbued us with love for Eretz Yisrael. We prayed and sang “L’shanah haba b’Yerushalayim – Next year in Jerusalem,” not only with our voices but also with our hearts and souls.

In the most nightmarish days, my mother would tell us stories of Yerushalayim. “One day,” she kept telling us, “we will all be in Yerushalayim. There the trees grow candies. The sun always shines and Dovid HaMelech’s harp whispers in the wind.”

Those words sparked our imaginations and kept us going. They were so vividly engraved in my mind that many years later when I came to Yerushalayim for the first time, I was actually looking for the candy trees, and when the winds blew in the middle of the night I was convinced I was hearing the sweet songs of David’s Psalms.

But soon enough I discovered that on those candy trees there were also many bitter fruits – Arab hatred, deadly attacks, internal fighting among our own people. No, this was not quite the horse we wanted.

But still we continue to dream that very soon the trees will have only candies and the sun will shine without threatening clouds and impending storms. That hope never left me, even if the horse I wanted had not yet come. 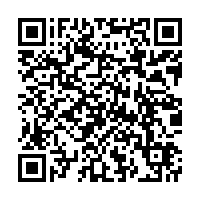