The Knesset Ethics Committee this week suspended MK Hanin Zoabi (Joint Arab List) from the Knesset for one week for saying that IDF soldiers were “murderers.”

During a meeting of the Education, Culture and Sports Committee last month, which was held in the run-up to the first reading of a bill that empowers the education minister to ban organizations critical of the IDF from entering Israeli public schools, MK Zoabi said IDF soldiers were murderers, asking, “Haven’t you heard of Palestinian youths who’ve been murdered? Who murders the Palestinians in the occupied territories?”


MK Oren Hazan (Likud) submitted a complaint against MK Zoabi to the Ethics Committee, which voted to ban Zoabi from the Knesset plenum and all Knesset committees for one week.

In response to the complaint, MK Zoabi wrote to the Ethics Committee that “I did indeed say that among IDF soldiers there are those who murdered Palestinians. I spoke the truth and I would be happy to hold a discussions on the matter. This statement is a fundamental element of freedom of expression, and no one has the right to shut people’s mouths because of opinions that they are not comfortable with.”

“I would be happy to send you all detailed information about the high number of instances of murder of Palestinians at the hands of soldiers,” she added.

After reviewing video footage of MK Zoabi’s comments at the meeting, the Ethics Committee decided that use of word “murderers” for soldiers acting in the name of the state could not be defended within the framework of freedom of political expression for Knesset members, and that it therefore violated the Knesset’s ethics rules.

The committee also said that the use of the word constitutes a violation of the general ethics which determine that “a member of the Knesset shall act in a manner appropriate to his position and shall promote public confidence in the Knesset.”

The Ethics Committee added that its decision to ban MK Zoabi for a week, at the start of the Knesset’s summer session, was made partly because it was not the first time Zoabi has been found guilty of contravening House ethics rules.

Knesset Removes MK Hazan for 6 Months for Insulting (Practically) Everyone 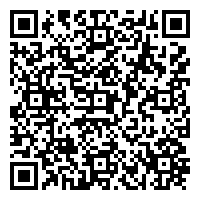