The fact is, Israel has been quietly moving towards annexation over the past year. Of course there are levels of annexation and the strategy has been to apply Israeli law when possible to communities in Judea and Samaria. Without fanfare or public announcements, the Israeli government has been quietly using laws available to them to create a de facto change on the ground within communities beyond the “green line.”


Justice Minister Ayelet Shaked has already proposed new legislation making Israeli law even for Israelis living beyond the Green Line.  Although slammed as “creeping annexation” by critics, former military advocate general Maj. Gen. (res) Danny Efroni, not seen as a right-wing champion, has come out in support of such legislation due to the practical management of Israeli communities in Judea and Samaria and the needs of everyday living.

“The challenge,” says Efroni, “is maintaining the status quo while guarding the interests of civilians in the area.”

This seems to be the strategy that Israel is now taking, which is a blend of unilateralism and practical development in a stretvh of land now under Israeli rule for 50 years.  Prime Minister Netanyahu is said to love the Status Quo, but seeing a chance to create irreversible facts on the ground has made moves to create defacto annexation without any big announcements.

By simply applying Israeli laws evenly to Israeli communities regardless of location as well as expanding the jurisdictional control of Jerusalem to those communities closes to the capital, the question of sovereignty can be set aside for a more feasible annexation that seems to keep all sides at the table.

Then again the PLO, despite their intractability has rightly said that the Greater Jerusalem Bill will destroy the 2-State Solution, which makes the passage of the bill a potential a trigger to a broad Arab uprising. Or does it?

Netanyahu’s game plan has always been about allowing reality to take hold and eventually when reality took hold, the imaginary dreams of the “Palestinian” Arabs would vanish.  The utilization of the status quo as a concept in securing confidence in the Israeli body politic while all the time creating a situation where Jewish life can actually flourish in Judea and Samaria by merely making jurisdictional and bureaucratic changes may seem overly cautious to many on the right, but this strategy is now clearly the best and most balanced approach to ensuring Judea and Samaria remains in Jewish hands.

The cabinet is not altering Oslo (which is long dead), but carefully applying sovereignty within the confines of previously agreed powers. Afterall, the PLO  can complain, but they signed away their rights to what is now Area C the moment Arafat shook Rabin’s hand on the White House lawn.  No where in that agreement, does Oslo prevent Israel from applying its own rules to communities found within Area C.

Why is this point importan?  Because no one can claim Israel is doing anything out-of-bounds since the “Palestinian” Arabs agreed to give Israel those rights.  Let’s remember Area C is between 60% and 70% of Judea and Samaria.

While not annexing the land directly, applying Israeli law and reorganizing the Gush Etzion regional council as well as Givat Ze’ev, Maale Adumim, and others into a Greater Jerusalem block paves a careful path forward in creating normalization without breaking any previous agreements. This cleverly corners the PLO within its own unhinged rhetoric.

Furthermore, the approach now being taken by Israel, recognizes that Jewish communal life is an unquestioning reality in Judea and Samaria. That reality coupled with a “Palestinian” leadership unable to accept basic facts and a willingness to discuss a practical solution means that a new careful approach is necessary.

The Greater Jerusalem Bill, Shaked’s Israeli Law legislation, and other quality of life developments like approving housing for thousands of Jews in Judea and Samaria form the most intelligent approach to legal annexation now on the table.  Is it perfect?  Not at all, but the move are practical and leaves the PLO cornered and on borrowed time. 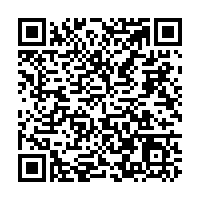