When you arrive after a five-hour flight from New York to Panama City, you can’t help but admire the ultra-modern airport. Although the lines are lengthy, the personnel are all very pleasant, and after 30-45 minutes you clear immigration and customs.

The first concern for the frum Jewish visitor is proximity to all things Jewish. This includes a daily minyan, kosher food, and a Shabbos experience. Of course, the Panama Canal and the Casco Viejo (the old City of Panama) are must-sees, and you’ll find the overall ambience and shopping opportunities superb.

We discovered that Panama is home to approximately 12,000 Jews and that there are two frum Jewish communities – Sephardi (by far the larger) and Ashkenazi. These communities live side by side and cooperate fully to ensure that frum Jewish life is maintained at a high standard. The threats of assimilation and intermarriage are practically non-existent, mainly due to extreme family and peer pressure.

To understand Jewish Panama, we need to be aware of historical Jewish migration patterns. In the 1850s, Spanish and Portuguese Jews immigrated to Panama from the Dutch West Indies. Originally Orthodox, their descendants turned Reform.

By 1933, Syrian Jews had founded the Shevet Achim community, which today functions as an umbrella organization responsible for maintaining the strict observance of Orthodoxy. Its legendary rabbi, Zion Levy, z”l, who passed away in 2008, enforced Orthodoxy with a firm but loving hand.

Ashkenazi immigration began in the 1930s, comprising mostly Romanian and German Jews. Polish refugees arrived during the war, but unlike the Sephardim who considered Panama “home,” Ashkenazim viewed the country as a stepping stone northward to Mexico, the U.S., or Canada. Those who remained are mostly Modern Orthodox, with Rabbi Aaron Laine, a Chabad musmach, leading this congregation since 1994.

Recently, due to political and economic turmoil in Latin America, many Jews have immigrated to Panama from Argentina, Uruguay, Peru, Colombia, and Venezuela.

The structure of the community is quite controlled. Shevet Achim oversees practically every facet of Jewish life, including the hiring of Sephardic rabbanim authorized to perform gittin and milah. There is a combined Sephardi and Ashkenazi community board called Consejo Comunitario (General Central Committee), which deals with matters of concern to both communities. Geirus is not performed in Panama; all conversion cases are sent to America or Israel.

There are five Orthodox schools, with a combined enrollment of 2,300 students; a kollel, Emet LeYaakov, supported by the Sephardic community; and a Bais Yaakov with grades 1-12.

It is important for tourists to understand the layout of the Jewish community – two areas in Panama City that are walking distance from each other. The newly developed area is called Punta Pacifica. We stayed there at the luxurious, although very reasonably priced, Trump Hotel.

Pacifica has a Sephardi shul (a 5-7-minute walk from the hotel), Bet Max ve Sara, named after one of the earliest Syrian Jewish immigrants to Panama, which has a minyan three times a day. The rav, Rabbi Abraham Farjoun, gives shiurim between Minchah and Maariv and there’s a daily Gemara shiur for laymen and college students.

The other major Jewish area is called Punta Paitilla. It has an eruv and two major shuls – Beth El (Ashkenazi) and Ahavat Sion (Sephardi), which features eight separate minyanim.

We attended Beth El on Friday night. It seats 500 men and women and is simply awesome in its grandeur. There were about 200 men and children, and 20 women, at davening. The aforementioned Rabbi Laine gives multiple shiurim. We joined him for dinner Friday night, accompanied by visitors from Teaneck, New Jersey, and a local couple.

The shul is a community center, featuring a mikveh, dining and simcha halls, and a sukkah. There were, roughly, 150 men and children and a few women at Shacharis, although the weekly community Kiddush/lunch drew many more.

For Minchah-Shalosh Seudos-Maariv we went to the Ahavat Sion (Sephardi) shul and community center, which is both magnificent and spacious. Rabbi David Perets, who studied in Ner Israel, Kol Torah, and Ponevez, arrived in Panama two years ago after serving as rabbi for seventeen years in Venezuela, leads the congregation.

The shul has seating for 1,200 men and women. At Minchah there were easily 500 men and children and 100 women. Shalosh Seudos was attended by nearly a thousand men and women, and the rav delivered a drasha for 45 minutes.

The Jews who live here have no desire to emigrate to the U.S. Business is booming, schools are thriving, and the Jews live peacefully and safely among their Christian and Muslim neighbors. 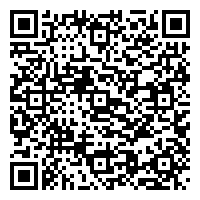