Trump made the remark in Warsaw while speaking to reporters with the President of Poland, Adrzej Duda, saying he has “some pretty severe” options available to him as a response to Pyongyang’s test of an intercontinental ballistic missile earlier this week.


The missile that was launched, the Hwasong-14, is one that analysts say is capable of reaching Alaska.

“It’s a shame that they’re behaving this way, but they are behaving in a very, very dangerous manner and something will have to be done about it,” Trump told reporters, but declined to offer details.

He called on all nations to confront North Korea’s “very, very bad behavior,” underscoring that Washington considered it a threat and saying the United States would “confront it very strongly.”

North Korea has been working on miniaturizing a nuclear bomb to fit inside a warhead atop an intercontinental ballistic missile with a long enough range to reach the continental United States.

Military analysts say this week’s successful launch of the Hwasong-14 appears to have brought Pyongyang much closer to achieving that goal. 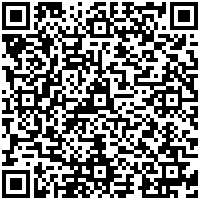