Tetzaveh is the priestly sedrah par excellence. The name of Moses does not appear – the only sedrah of which this is true from the beginning of Exodus to the end of Deuteronomy. Instead, the place of honor is occupied by Aaron and his sons, the priests – their tasks, their vestments, and their consecration. In this study, I will address an argument between two of the great medieval sages, Maimonides and Nahmanides, in relation to prayer. What is the nature of worship in Judaism?

On the duty to pray, Maimonides writes the following:

To pray daily is a positive duty, as it is said, “And you shall serve the Lord your G-d” (Exodus 23:25). The service referred to here, according to the teaching of tradition, is prayer, as it is said, “And to serve Him with all your heart” (Deuteronomy 11:13), on which the sages commented, “What is the service of the heart? Prayer.” The number of prayers is not prescribed in the Torah. No form of prayer is prescribed in the Torah. Nor does the Torah prescribe a fixed time for prayer… The obligation in this precept is that every person should daily, according to his ability, offer up supplication and prayer… (Mishneh Torah, Laws of Prayer, 1:1-2).

Maimonides regards prayer as a biblical command, even though the details (texts, times, etc.) were formulated by the rabbis. Nahmanides (in his glosses to Maimonides’s Sefer haMitzvot, positive commands, 5) disagrees. He points to the many indications in the literature that suggest that prayer is only a rabbinic institution. Prayer in the Bible, he says, is a privilege, not a duty (with the sole exception being the command to cry out to G-d at times of national distress). Worship in the Bible takes the form of sacrifices, not prayer. How are we to understand their disagreement?

There is a key passage in the Talmud (Berachot 26b) that sets us thinking in the right direction:

According to Rav Jose, son of Rav Hanina, the patriarchs set the precedent for prayer. Abraham established the morning prayer, as it is said, “And Abraham got up early in the morning to the place where he had stood” (Genesis 19:27). Isaac instituted the afternoon prayer, as it is said, “And Isaac went out to meditate in the field toward evening” (Genesis 24:63). Jacob instituted the evening prayer when he received his vision – at night – of a ladder stretching from earth to heaven, with angels ascending and descending (Genesis 28). The sages cited proof texts to show that each of these was an occasion of prayer.

This is a fascinating dispute because it reminds us that there were two different spiritual traditions in the Torah: the priestly and the prophetic. These were different roles, occupied by distinct kinds of people, and involved different forms of consciousness.

Prophetic prayer in the Bible is spontaneous. It arises out of the situation and the moment. We think of Abraham’s prayer on behalf of Sodom and Gomorrah; Jacob’s prayer before his encounter with Esau; Moses’s prayer to G-d to forgive the Israelites after the golden calf; and Hannah’s prayer for a child. No two such prayers are alike.

Quite different was the service of the priests. Here, what was primary was the sacrifice, not the words. (In fact, though the Levites sang songs at the Temple, and though the priests had a fixed formula of blessing, for the most part the priestly worship took place in silence.) The actions of the priests were precisely regulated. Any deviation – such as the spontaneous offering of Aaron’s two sons, Nadav and Avihu – was fraught with danger. The priests did the same thing in the same place at the same time, following a daily, weekly, monthly and yearly cycle. Rav Jose, son of Rav Hanina, and Rav Joshua ben Levi, do not disagree on the facts: the patriarchs prayed, and the priests offered sacrifice. The question is: to which tradition do our prayers belong?

There is another passage, this time in the Mishnah (Berachot 4:4), suggesting a similar disagreement. Rabban Gamliel states that at each prayer a person should say the “eighteen blessings” (the original form of the Amidah, the “standing prayer”). Rabbi Joshua says that one should say an “abbreviated eighteen.” Rabbi Eliezer says that if a person makes his prayer “fixed” (keva) then it is not a genuine “supplication.” Later sages, in both the Babylonian and Jerusalem Talmuds, argue over what exactly Rabbi Eliezer meant. Some suggest he was talking not about the words we say but rather the way we say them; we should not regard prayer as “a burden” or read it “like one who reads a letter.” Others say that he meant that we should say a new prayer every day, or at least introduce something new into the eighteen blessings. This is a disagreement about the respective places of structure and spontaneity in prayer.

This cluster of disagreements testifies to a profound difference of opinion as to which tradition of prayer is primary: the priestly or the prophetic. The priest offered sacrifices on behalf of the whole people. His acts were essentially communal and followed a precisely ordered, invariable pattern. The patriarchs and prophets spoke as individuals, spontaneously, as the circumstance required. Rabbi Eliezer, with his opposition to keva, favors the prophetic tradition, as does the view that each individual is obliged to pray. Rabban Gamliel, with his insistence on a fixed text and his belief that “the leader of prayer” exempts the individual members of the congregation, sees prayer in a priestly perspective. The “leader of prayer” is like a priest, prayer like a sacrifice, and worship an essentially communal act. There are other ways of interpreting these passages, but this is the simplest.

We now understand the disagreement between Maimonides and Nahmanides. For Maimonides, prayer goes back to the dawn of Jewish history. The patriarchs and prophets spoke directly to G-d, each in their own way, and we, by praying, follow in their footsteps. For Nahmanides, though the patriarchs prayed, they did not set a binding precedent. Throughout the biblical era, the primary form of worship was the sacrifices offered by the priests – first in the Tabernacle and later in the Temple, on behalf of the whole people. When the Temple was destroyed, prayer replaced sacrifice. That is why prayer is only a rabbinic, not a biblical, obligation. It was established by the rabbis in the wake of the destruction.

For Maimonides, at the heart of prayer is the prophetic experience of the individual in conversation with G-d. For Nahmanides, by contrast, prayer is the collective worship of the Jewish people, a continuation of the pattern set by the Temple service.

We can now appreciate the astonishing synthesis of Jewish tradition – because, remarkably, each prayer (with the exception of the evening prayer) is said twice. We pray once silently as individuals, then out loud (the ‘reader’s repetition’) as a community. The first is prophetic, the second priestly. Jewish prayer, as it has existed for almost 2,000 years, is a convergence of two modes of biblical spirituality, supremely exemplified by the two brothers, Moses the prophet and Aaron the high priest. Without the prophetic tradition, we would have no spontaneity. Without the priestly tradition, we would have no continuity.

The sedrah of Tetzaveh, in which the name of Moses is missing and the focus is on Aaron, reminds us that our heritage derives from both. Moses is a man of history, of epoch-making events. Aaron’s role, though less dramatic, is no less consequential. The priestly dimension of worship – collective, structured, never- changing – is the other hemisphere of the Jewish mind, the voice of eternity in the midst of time. 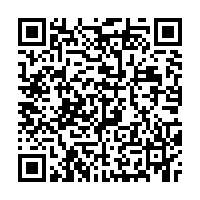