Accolades abounded at the Cabinet meeting in Jerusalem this week when concrete preparations for the upcoming 50th anniversary of the reunification of Jerusalem were presented to the ministers.

Culture Minister Miri Regev presented the official logo of the celebrations, and her colleagues were lavish with their praise.

In the background, we dare not forget, are two opposing phenomena in Israeli consciousness and modern history: The historically and militarily dramatic battles of the Six-Day War in which Jerusalem was miraculously reunited, and the ongoing refusal by the Arab world to recognize the Jewish people’s unparalleled bonds with its Holy City.

Regev, a former IDF spokesperson, explained that the new logo, which will appear on all government communications having to do with the 50th Anniversary commemorations, “tells the true story of Yerushalayim. The base of the digit 5 is a harp, reminiscent of David, King of Israel, who founded Jerusalem as our eternal capital 3,000 years ago. The head of the 5 is a lion – the symbol of the modern city of Jerusalem.”

She added that the number 5 is also reminiscent of Paratroopers Battalion 55, “the first IDF force to enter Lions Gate in 1967 and the one that liberated Jerusalem.”

Inside the digit 0 can be seen the flag of Israel fluttering above the walls of Jerusalem – as it did for the first time in history in 1967.

The color of the logo is gold, “like the near-prophetic song of Naomi Shemer, Yerushalayim Shel Zahav, ‘Jerusalem of Gold.’ ”

It is sometimes forgotten that the song was first composed and performed before, not after, the Six-Day War, written with longing for the parts of Jerusalem then under illegal and unrecognized Jordanian control. It included a reference to the dried-up water cisterns and the empty marketplace and Temple Mount.

After the Six-Day War, Shemer added a verse reflecting the new reality of united Jerusalem under Israeli rule. The new verse read, “We have returned to the water cisterns, to the marketplace and the square; a shofar calls upon the Temple Mount…”

Minister Regev expressed her disappointment that some had criticized use of the word “liberation” in the logo’s phrase, “50 Years to the Liberation of Jerusalem: United and Uniting Jerusalem:”

“The fact that Jerusalem was liberated should be above all political dispute. I am saddened that any Israeli, whether right or left, is bothered by this.”

“The Jewish nation’s bonds to Jerusalem are perhaps the deepest there have ever been in history between a people and a city. If we are unable to tell ourselves that we have liberated Jerusalem from generations of foreign conquest, how can we complain against the rest of the world for not recognizing our intrinsic connections to the city?

“It is a great privilege and merit to be part of the generation that sees this great wonder before its very eyes – the Jewish nation living in Yerushalayim. The People of Israel are building Jerusalem, and we will continue to do so for many years.”

We can only say Amen, as we celebrate the occasion with pride and joy. As readers of this column know, however, we dare not rest on our laurels, as we face many challenges along the way to full sovereignty. Critical demographic and security issues need to be addressed urgently so that the significance of the liberation can be sustained and developed.

For instance, a Hamas-run school in the eastern Jerusalem neighborhood of Sur Baher had to be closed down late last month because it was inciting violence and teaching hatred of Israel. The action was taken jointly by the Education Ministry, the General Security Service (Shabak), Israel Police, and the Jerusalem Municipality, and was even OK’d by the Supreme Court.

“Whoever incites against the state of Israel,” twitted Education Minister Naftali Bennett, “will not be part of Israel’s education system.” Public Security Minister Gilad Erdan said, “Our sovereignty begins in Jerusalem. We will not allow terrorist organizations in Jerusalem.”

What, however, of the 220 pupils in Grades 1-6 who studied in the school? They are of course being used to the best advantage of those who wish only to harm Israel, without concern for the children’s welfare.

Israel announced from the outset that, by request of the police and then the Education Ministry, the municipality had sought, and found, alternate solutions for every one of the children. However, nearly two weeks later, 150 of the students are not attending the schools that have been provided for them. Arab protests have been held, accusing Israel of not enabling them to attend school. The municipality announced that even though the parents are not cooperating, it will continue its efforts to ensure that the students suffer no harm.

Conversely, in some good Jerusalem news, a new neighborhood, Moradot Arnona, is scheduled to be built adjacent to land liberated during the Six-Day War. Some 2,000 housing units are to be built there, thus providing a much-needed demographic boost for Yerushalayim.

“We are strengthening Jerusalem, and enlarging it,” said Mayor Nir Barkat. “In its 50th year of reunification, the city continues to grow and develop. The building of the new neighborhood will enable us to attract young families and to strengthen the country’s capital.”

We invite readers, both in Israel and abroad, to make a special effort to visit Jerusalem during the week of the May 24 (Iyar 28) and share in the momentous 50th anniversary celebrations. For information on KeepJerusalem’s tours and events that week, please write to us at info@keepjerusalem.org. 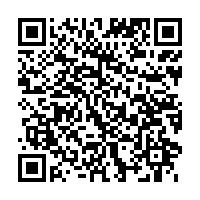