The base themes of the holiday of Purim are survival and the smile. Irony in my opinion is a smile with a clear understanding of the inner meaning of the biblical text, in this case that of the Book of Esther.

In a recently published book, Unusual Bible Interpretations: Ruth, Esther, and Judith (Gefen Publishing, 2016) by the renown scholar, and musmach of Ner Yisrael, Rabbi Dr. Israel Drazin, we learn a lot of how irony serves at the very backbone of the holiday’s basic meaning of Jewish physical survival.


These lessons of history come to make us better appreciate what our rabbis sought to teach us in terms of how humor and irony are brought together and thus can be thematically blended and endow us with a precious and more memorable holiday observance of the festival of Purim.

Please take note of this sampling of a series of ironies as brought together by Rabbi Drazin for your spiritual edification:

“Esther is the only Megillah read twice, once in the evening synagogue service of Purim and a second time during the morning services on Purim.

Here are some more ironies for you to ponder over:

“Esther was not a heroine. She repeatedly expressed hesitation from the moment that Mordecai requested that she speak to the king to save the Judeans from Haman’s decree, to every encounter she later had with the king.

“Mordecai is the hero of Purim. It is he, not Esther, whom the book praises in its conclusion.

“Purim today is not celebrated as Mordecai asked the people to do, and as they agreed to do. The original holiday was observed for two days, on Adar 14-15. Later, for unknown reasons, it was changed to a single-day holiday observed on Adar 15 in walled cities such as Jerusalem and on Adar 14 elsewhere.

“Both Esther’s and Mordecai’s names, although considered Jewish names today, are Persian names most likely based on Ishtar and Marduk.

“Purim, too, is not a Hebrew word. The book had to define ‘pur’ as a lottery. Thus the holiday’s name is based on Haman’s superstitious notion that a lottery could reveal the auspicious day for exterminating Judeans.

“The primary practices of Purim include feasting, drinking alcohol and sending gifts. This reflects how the pagan Ahasuerus celebrated… there is nothing Jewish about this kind of celebration.

“The requirement to read the book of Esther during the holiday is not mentioned in the book and was instituted later.”

“The book of Esther contains many obscurities, and the first chapter is an excellent example of this: Why did Ahasuerus wait until the third year of his reign to start his celebration? What was he celebrating?

“If it requires wives to speak the language of their husbands, what is the relevance of this command to the story; why did the king command it?

“Why did Vashti have a separate party for women, given that history reveals that Persian men and women ate and drank together at banquets?

This volume is indeed filled with loads of irony that prompts us to ask questions that, when given a closer look, prompt us even further to detect a certain comedic theme that is hidden just below the surface of impending disaster.

Purim is a fun holiday, yet the questions asked of these and the many other ironies cited in this learned work should surely lend an air a sobriety to the holiday’s historical themes and events.

Yes, even a smile can have a serious face to it. 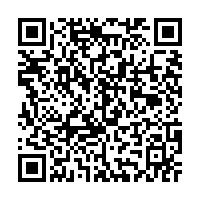