You can’t put Yaakov and the Treasures of Timna Valley down. In fact, the books in Nathaniel Wyckoff’s Peretz Family Adventures series have similar qualities to those of a soap opera, in that one can’t wait to view the next installment!

Timna Valley takes off where book one, Yaakov the Pirate Hunter, leaves off. Our hero, Yaakov Peretz, has just come home from the Tunisian island of Djerba, where he and his family race to foil the plot of a band of modern-day pirates. Not three weeks later, the Peretz family embarks on another mission, this time in Israel.

Yaakov lives in the year 2025. He and his sister, Rachel, find in the data bank of one of their robots cryptic data sent by a pirate in Djerba, which leads them onto the trail of their second adventure. Thanks to Santa Barbara billionaire Aharon Sapir and local robot dealer Dilip Sitoop, the Peretz family have all they need to embark on the perfect mission.

Not only do these books keep the reader on the edge of his or her seat, but they also delve into some rich and not widely known history of the Jewish people. Wyckoff teaches the reader first about the amazing Jewish roots of Djerba in Pirate Hunter. In Timna Valley, we learn about the treasures of King Solomon’s Mines, interspersed with Wyckoff’s first-hand knowledge of Israel.

“Storytelling has always been a main event in my family,” says Wyckoff. “Since my early childhood, both of my parents have told me numerous engaging and fascinating stories from their own lives, their upbringing and their experiences. My mother, aleha ha’shalom, related the activities and events that made her righteous parents and grandparents the exceedingly special, holy Jews who they were. She also vividly taught us many tales from Torah and Tanach. My father regaled my brothers and me with imaginative tales that were captivating, fun and humorous for little boys. He put us to bed nightly with his amazing stories, populated by a cast of creative characters that he invented and acted out. Both of my parents encouraged a love of reading, an activity that I have enjoyed throughout my life. So, I’ve always had an affinity for stories.”

The author also combines his knowledge of technology with a vivid imagination in coming up with an assortment of robots that perform various functions, including Timna Valley’s inspired “jellborgs,” or robotic jellyfish, which look and act like the real thing.

The book series came about from stories Wyckoff told his own children. “A number of years ago,” he says, “our school was located somewhat far from our home. On our daily drives to school, my kids were allowed to take turns choosing the topic of a story for me to tell them on the way. One day, one of my sons asked for a story about a man with 10 huge robots. I came up with a story on the spot and told it, making it up continuously as I went. Later…I decided to write a short story about kids with robots. Eventually, I expanded my short story to become my first novel, Yaakov the Pirate Hunter. The Peretz Family Adventures series was born.”

Wyckoff introduces a new character in Timna Valley, an out-of-shape, chocolate-loving bully who calls himself Plavarto. This young man not only leads the Peretzes to their next adventure, but he and his hippie parents provide additional humor to the story. In fact, Plavarto plays a part in the story-telling repertoire Wyckoff imparts to his children. The reader can probably look forward to seeing more of Plavarto in future books in the series. The author also displays his sense of humor in calling the name of the story’s chief villain “Rahulla Allijabulla.” Yaakov even mentions in the story that such a silly, rhyming name must serve as an alias.

In creating the Peretz Family Adventures series, Wyckoff adds to the growing body of literature portraying Jews in a positive, fun light. “As long as there are Jews who enjoy artistic expression,” says Wyckoff, “we need to produce high-quality, Torah-true material for them. I am proud and happy to contribute to that very necessary effort, to the best of my abilities.”

“Jewish children also need to realize that they must be true to the Torah, no matter what comes their way,” Wyckoff adds. “The general society’s relentless bombardment of false values is not easy to escape. However, we still can equip our beloved children with examples of individuals who have prevailed over difficulties and succeeded in many areas, without compromising our holy principles. There is an added value in producing relatable, enjoyable, captivating fiction for children, about children. Children need to know that, at any age, one can be a tzaddik or tzaddekes.”

The Yaakov books cater to children of all ages, though adults can also enjoy the riveting adventure inherent in the series. One can purchase both Yaakov the Pirate Hunter and Yaakov and the Adventures of Timna Valley on Amazon.com, as well as on Wyckoff’s website, www.peretzadventures.com. Readers may subscribe to the author’s email list through his website, as well, and can thereby learn of future books in this fascinating series. 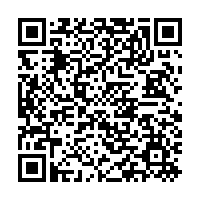