How far is too far? Well, I guess it depends on whom you ask. We had an anniversary a while back and decided that it was time to actually celebrate. We’d go somewhere or do something special outside the walls of our own home.

For me, “outside” means outdoors and what better outdoors is there than the shores of the ocean?


“How about going up to Michmoret?”I asked my husband. Michmoret is one of Israel’s most beautiful beaches.

“It’s so far,” he demurred. ”Almost three hours each way. How about Netanya? That’s on the ocean too and it’s an hour closer.”

Netanya is usually crowded. I mentioned it to one of the kids. “Netanya? What for? It’s so far!” he exclaimed. “Go to the boardwalk in Tel Aviv. It’s lovely and you can sit on a bench and gaze at the waves all you like.”

OK. That sounded good. I like boardwalks with benches, and waves are definitely signs of anocean. And it was closer. I mentioned it to a second offspring.

“The boardwalk in Tel Aviv? It’s so noisy,” he proclaimed. “Go to the National Park in Ramat Gan. There’s no place like it. Big, wide, rolling and green. Shady benches and lots of quiet nooks and crannies. There’s no ocean, but if it’s water you want, there’s a large man-made lake.”

I looked it up. It wasn’t much closer and it wasn’t the ocean, but it was indeed a lovely place. And maybe an ocean wasn’t absolutely necessary. After all, lake or ocean, water is still water. I mentioned it to another kid.

“Ramat Gan?? Do you know how hot it is in Ramat Gan now?” (He was right. It was around 95 degrees in the shade. And humid.) “Besides, you’ll be coming back in rush hour from Tel Aviv and you know what that’s like!”

“So where can we go?” I asked. Deciding on a place was becoming stressful.

“Stay in Yerushalayim. There are great places to go. Remember Gan HaVeradim – the Rose Park next to the Knesset? You used to take us there when we were little. It even has a mini-waterfall.”

I remembered. It was a pleasant enough picnicking place but it didn’t feel sufficiently celebratory for our anniversary.

“Then how about the new Tachana. It’s hopping.”

The Tachana is our renovated and refurbished old railway station. Originally built by the British, it housed Jerusalem’s sole train to Tel Aviv, but when the train stopped running, it was abandoned. Recently, it was restored and turned into a mini-mall with restaurants, cafes, electric carts and its own hiking-biking trail across town. It’s cute. We took the grandchildren there last summer to bike down the trail. But we weren’t particularly interested in hiking, biking – or hopping! – for our anniversary.

Then I had a brilliant idea. If we were going to remain in Jerusalem, we might as well get to the heart of things. That is, to the heart of the City. So instead of leaving in the morning for a “day out,” we waited for the day to cool down and, shortly before sunset, while it was still our anniversary date but was ten degrees cooler, we drove into the center of town to the exclusive King David Street where a most rare occurrence occurred!

Waiting for us, directly opposite the King David Hotel, was an empty parking place! Full of gratitude at our good fortune, we parked and moseyed along, taking in the many art galleries. (For a mere twenty-eight thousand Israeli shekel, I could have purchased a magnificent portrait of the Old City, but I was afraid it would look out of place in our modest home. Most of our “paintings” are prints which cost considerably less.) Satiated with art and culture, we approached the grand King David Hotel. An elegant doorman ushered us through the colossal revolving door. As we crossed the majestic lobby and walked out to the splendid circular veranda, I caught my breath and my eyes filled with tears. There, spread out before us, were the walls of the Old City in all their late afternoon, golden glory.

We sat down to order something festive (rich, homemade, chocolate ice cream topped with swirls of real whip cream! No calorie counting on anniversaries!). The palm trees bordering the gardens waved loftily in Jerusalem’s famous afternoon breeze, sweeping away the heat and dust of the long, summer day. The ice cream was luscious. Even my husband, who isn’t big on succulent deserts, finished his portion down to the last lick.

It was dark by then but still early and what better way to end a wonderful day than to go to the Kotel? There is so much to pray for and about and we hadn’t been there in a while. It’s a long walk in from Jaffa Gate and we weren’t sure if they would let the car through. But lo and behold, today was our day indeed! We passed through all the automatic gates and unbelievably were even allowed to park inside the lot next to the Kotel. It felt as though we were allowed to enter the vehicular Kodesh Kedoshim!

After a slow, heartfelt davening followed by a long conversation with our Father in Heaven, we left the kedusha of Jerusalem and the Kotel (with a lingering taste of chocolate ice cream) and returned home. It just goes to show… some of the best things in life are waiting on our doorstep.

Like a sukkah. We are presently being bombarded with ads for an awesome holiday week in the mountains, the prairies or the oceans of the world, complete with five glatt kosher meals a day to be eaten in a magnificent sukkah, kosher as they come and beautiful to see; your own private Jacuzzi; skiing, swimming, rafting and the indispensable Daf Yomi shiur (l’havdil). Babysitting, entertainment and exciting tours included.

But I wonder… perhaps this is the perfect week to stay home. If we but open the door and cross the threshold, we can step into our own private sanctum in our own backyard. Our very own mikdash me’at, under the wings of the Shechina itself. Just like for our anniversary outing, there’s no need to roam the world in search of nebulous treasures or luxurious retreats in faraway places. Unless, of course, you’re on your way to the one and only supreme Place – to Yerushalayim Ir Hakodesh!

Meanwhile, wherever you are, Chag Sameach! 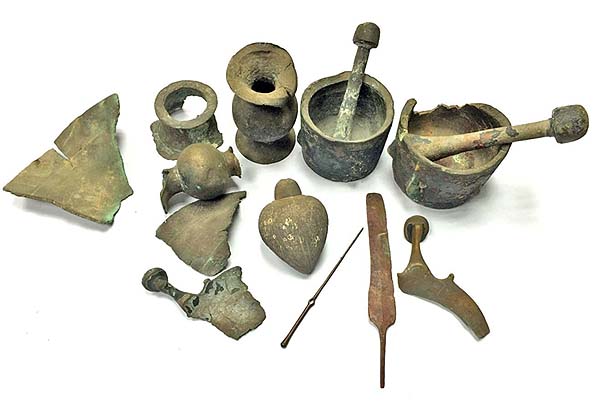 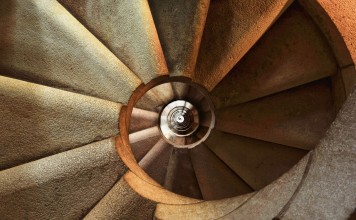 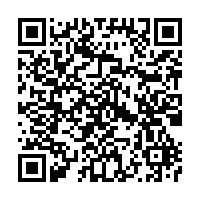