I walked into the pharmacy in Ramat Beit Shemesh one minute before closing time. The pharmacist came out from behind the counter and locked the door to prevent late customers from slipping in. An innocuous move, right? Except for the fact that his name tag read Ibrahim Najjar. Except for the fact that too many Jews have been knifed by Arabs. I would love to say that my flight across the pharmacy floor was powered by my fear of transgressing the prohibition of yichud. But I’ll be truthful: I was powered by fear for my life. I didn’t meet Ibrahim’s eye as he filled out my prescription. I knew he knew. Much later, I chanced upon an article about a Moslem who had saved the lives of Jews during the Holocaust. I researched a little and discovered that his selfless act wasn’t an isolated one.


Getting the Facts Right

From June 1940 through May 1943, the Axis powers controlled a large swath of North Africa. From Casablanca to Tripoli and on to Cairo, more than half a million Jews were subjected to the same anti-Semitic edicts as their European brethren. About one percent of the Jews in these areas (4,000 to 5,000 Jews) were murdered. In comparison, fifty percent of European Jews were murdered. We have the Allied troops, who had pushed the Axis forces out of Africa by May 1943, to thank for this lower mortality rate. So much for the hard facts. Less well known, is that in these almost three years of darkness there were some Arabs who answered the call of humanity.

Although French control of Morocco began in 1912, the country still retained its sultanate. In 1927, upon his father’s death, 16-year-old Mohammed was named Sultan Mohammed V. As he was supposedly more docile than his brothers, the French felt assured of his collaboration. But they were wrong.

In July 1940, Paris fell to the Germans and the pro-German Vichy regime incorporated anti-Semitic laws into the Statute Books of France and its protectorates. Morocco, under the French Vichy regime, was expected to impose the same anti-Semitic laws that had been promulgated in Europe. But Mohammed V held strong. “There are no Jews in Morocco,” he declared. “There are only Moroccan subjects.” Instead of enforcing laws that restricted certain professions and schools to Jews, instead of forcing them to live in ghettos, the sultan invited senior representatives of the Jewish community to the annual banquet celebrating the anniversary of his sultanate. Mohammed V rose to the call of humanity. During the two years of Vichy rule, no Moroccan Jews were deported or killed. Later, in 1948, when Israel declared independence, the sultan upheld the protection of the Jews in his country.*

No Pogrom in Algiers

What influenced Algerian Arabs in the Vichy-controlled state to refrain from collaborating with the French in harming the Jews? In Algeria, under Vichy law, Jewish were expected to turn over their fixed assets to conservators, who would manage their business affairs in trust. Robert Satloff, executive director of the Washington Institute for Near East Policy, notes that “to their great credit not a single Arab in Algiers stepped forward to accept Vichy’s offer. One Friday in 1941, religious leaders throughout the city gave sermons warning all good Muslims to refuse all French offers to serve as conservators of Jewish property. They even forbade Muslims from purchasing auctioned Jewish goods at below-market prices.”

And there was more. In 1942, Sheik Taieb el-Okbi, a reformist with close links to the most eminent Jews in Algiers, heard rumors that the leaders of a French pro-Fascist group, the Légion Français des Combattants were inciting Muslim troops to conduct a pogrom against the Jews of Algiers. So he officially forbade anyone from harming Jews.

The Arab Oskar Schindler of Tunisia

In 1942, when German forces occupied Tunisia, over 90,000 Jews fell under the control of the Germans. Communal organizations were disbanded; Jews were forced to wear the yellow Star of David on their clothing; 5,000 young Jews were taken into forced labor camps; a fine of twenty million francs was levied on the community as a whole; and bank accounts were expropriated and valuables confiscated.

Thirty-one-year-old Khaled Abdul-Wahab was the educated son of a wealthy aristocratic family living in the coastal town of Mahdia. When he heard German officers planning to violate a Jewish woman, the wife of an acquaintance, he acted quickly. He picked up the family and their neighbors (25 people in all) and sped them to his family’s farm. Although the farm was close to a Red Cross camp where injured German soldiers were tended, none of the farm-hands, who knew of the presence of these hidden Jews, revealed their location. In April 1943, with the arrival of the British at Mahdia, the families returned to their homes.

In the Zaghouan valley, Si Ali Sakkat, former government minister and mayor of Tunis, was living peacefully on his farm. A mile away, the Jewish inmates for a German-run labor camp were being forced to repair an airstrip. During the great battle of Tunisia, when Allied and Axis forces clashed close to Si Ali Sakkat’s farm, sixty Jewish laborers escaped from the camp. When they sought shelter at the farm, Si Ali Sakkat provided them with food and shelter for several months until Tunisia was liberated by the Allies in May 1943.

When a Mosque in France Became a Haven

When Germany conquered France in 1940, the Vichy government began persecuting Jews. Rescue, for some, came from an unexpected source: the Muslim rector of the Great Mosque of Paris. Si Kaddour Benghabrit came from a prominent Andalusian family in Tlemcen, Algeria. According to a recent documentary, Algerian partisans brought at least 100 Jews to the mosque for hiding. It seems that Si Kaddour Benghabrit ordered the mosque’s administrative personnel to give the Jews certificates of Muslim identity, which they used to evade arrest and deportation.

In 1940, shortly after the Nazi invasion of France, Abdol Hossein Sardari took over the Iranian consulate in Paris. Three years later, he watched as Nazis began rounding up thousands of foreign Jews and deporting them to Auschwitz via the Drancy transit camp in northeast Paris. Sardari moved quickly. A lawyer as well as a diplomat, he argued that Iranian Jews were not blood relatives of European Jews. They were, rather, as much a part of the Aryan race as were Persians and Sartes (Uzbeks). SS officer Adolf Eichmann, in charge of transporting European Jews to the death camps, grew frustrated. But, while Nazi racial experts were trying to decide whether Iranian Jews were truly Aryan or not, Sardari issued Iranian passports for the Iranian-Jewish community. He saved over 2,000 lives.

Prior to World War II, 200 Jews lived in Albania; at the end of the war there were 2,000. Jews from all over Europe fled to Albania to save their lives. Thanks to the Albanian Muslims’ honor code, known as besa, meaning “to keep the promise,” Jews were protected as if they were family members.

In 1943, having fled the German invasion of Yugoslavia, Mosa and Gabriela Mandil and their two children were living in Tirana, Albania. When the Germans occupied Albania, aware that thousands of Jewish refugees were living in the country, they intensified their searches. The Mandils knew they needed to find a hiding place quickly. Sixteen-year-old Refik Veseli, an apprentice in the photography studio where Mosa worked, asked his parents to hide the Mandil family. From November 1943 until liberation in October 1944, the Veseli family sheltered the Mandils in their small home in the mountain village of Kruja. While their parents remained hidden in the Veseli’s barn, their children, dressed as Muslim villagers, roamed the village freely.

A relative of the Mandils, Joseph Ben-Yosif, was working in the clothing store of Refik’s brother Hamid. Hamid, inspired by Refik’s rescue of the Mandils, created a plan with his youngest brother Xhemal to smuggle Joseph and his family to safety at the Veseli family’s home in the mountains.

In a post-war interview, Jose Aboulker, the hero of the largely Jewish resistance of Algiers, praised the city’s Arab population and their refusal to cooperate with the Germans. He recalls: “When Jewish goods were put up for public auction, an instruction went around the mosques: Our brothers are suffering misfortune. Do not take their goods.”

Infuriated at their inability to find any Jews, the German forces began bombing the countryside and offered a reward for any information leading to the capture of Jews. But no Albanian spoke. By the time the war ended, there were more Jews in Albania than when the war had begun.

I am done with my little bit of research and I marvel. Not so very long ago Muslim Arabs were willing to risk their lives to save Jews. I am done with my research and I still tense when an Arab stands next to me on the street and we wait for the light to turn green. I wonder if and when that ability to see the human in the other will ever return.

The First Arab to be Honored as Righteous Among the Nations

Nearly 25,000 people from 44 countries have been honored as Righteous Among the Nations, including more than 500 Germans and a few dozen non-Arab Muslims. In September 2013, Mohamed Helmy, an Egyptian doctor, became the first Arab to be honored by Yad Vashem for rescuing Jews during the Holocaust.

Helmy, born in Khartoum, Sudan, moved to Germany to study medicine in 1922. In 1937, he was dismissed from his medical position in Berlin. As a Hamite (descendant of Ham, the son of Noah), Nazi racial theory forbade him from working in the public health system and from marrying his German fiancée.

When the deportations of the Jews from Berlin began in 1941, twenty-one-year-old Anna Boros (a family friend) needed a hiding place. Helmy brought her to a cabin he owned in the Berlin neighborhood of Buch, where she hid until the end of the war. Helmy also helped Anna’s mother, her stepfather, and her grandmother by providing for them and attending to their medical needs. He arranged for Anna’s grandmother to be hidden in the house of a German friend, Frieda Szturmann. For over a year, Szturmann hid the elderly lady and shared her food rations with her. After the war, Helmy was finally able to marry his fiancée.

2 Among the Righteous: Lost Stories from the Holocaust’s Long Reach into Arab Lands, Marsilio, Venice, 2008, by Robert Satloff, executive director of the Washington Institute for Near East Policy. 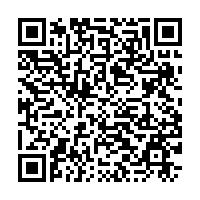