The World Council of Independent Christian Churches (WCICC) is calling on member states of the United Nations to defund the United Nations Educational, Scientific and Cultural Organization in the wake of the passage of a resolution to declare the Cave of the Patriarchs and the Old City of Hebron to be World Heritage Sites in Danger, and under the authority of the Palestinian Authority government.

“Instead of protecting our shared history and values, UNESCO has become the mouthpiece for global Jew Hatred,” the organization said in its release. “Their latest motion which suggests that Hebron and the Cave of the Patriarchs are Palestinian Heritage sites is both pathetic and offensive to history and the billions of Jews and Christians worldwide.

“There can be no place for such hatred within a world organization that exists to foster peace and understanding and protect history. It’s time to defund UNESCO once and for all.”

WCICC represents more than 45 million Evangelical Christians around the world, and is represented at the United Nations by special envoy Laurie Cardoza-Moore, president of Proclaiming Justice to the Nations (PJTN).

Cardoza-Moore said Monday in a statement of her own, “UNESCO has once again proven that they are not interested in protecting historic sites globally, but instead, blatantly disregarding over 3,500 years of documented history, they are more interested in their outrageous attempts at revisionist history.

“The Tomb of the Patriarchs is the burial site of the Patriarchs and Matriarchs of Judaism and Christianity. Abraham purchased this tomb from Heth for 400 shekels in order to bury his wife Sarah upon her passing. King David was anointed King of Israel in this city. Christians and Jews around the world must contact their Ambassador at the UN and demand that the UNESCO rescind this statement immediately.” 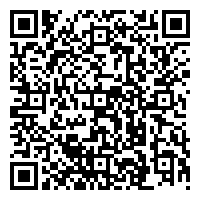