As I noted in a recent column, the notorious Washington sniper who killed several people in 2002 would have been acquitted of murder in a sanhedrin ketanah – a Jewish court of law of twenty-three judges with jurisdiction to adjudicate capital offenses –because the technical conditions for conviction were not present. There were no witnesses to the killings and nobody warned the sniper seconds before each shooting that the punishment for murder is death. However, although the Sanhedrin would have had no authority to administer the death penalty, it would have had the authority to lock the sniper up for life.

The authority to incarcerate a person and deny freedom in certain situations is part of halacha le Moshe Mi’Sinai, the Oral Law conveyed by God to Moshe and by Moshe to the people of Israel.

The following are situations in which incarceration is required under Jewish law.

The first is one in which there is no doubt the accused committed murder because two witnesses testified to it, but their evidence is technically deficient under the Jewish laws of criminal evidence. This may be because the two witnesses saw the crime from two different locations and did not see each other at the time.

Or it may be because the accused was not given the requisite warning that if he kills he will be punished by death, or did not acknowledge receiving it immediately prior to committing the murder.

Or it may be that an inconsistency was found in the witnesses’ answers to bedikot, questions that have no critical connection to the case but test the witnesses’ powers of observation.

In all these cases, the sanhedrin ketanah of twenty-three judges will acquit the accused of murder and incarcerate him for life.

How is it possible, one might ask, to acquit and incarcerate? The answer is that the Sanhedrin had this authority only with respect to murder, but not for any other crime carrying capital punishment. Thus, for example, a person who due to some technical deficiency in the incriminating testimony was acquitted of the crimes of idol worship, adultery, or the violation of the Sabbath, would be set free even though there was no doubt he committed the crime.

Murder, however is different. Murder is unforgivable. It destroys the fabric of society. That is why Achav, the nefarious king of Israel, was forgiven for all his idolatrous activities but was not forgiven for plotting the death of Navot, the owner of the vineyard that Achav craved.

Another explanation offered by the Kol Mevaser is that the authority of the Sanhedrin to acquit and incarcerate a person accused of taking another’s life is derived from the Torah laws of arei miklat, the cities of refuge, to which those who accidentally killed others were banished. Being banished to the arei miklat was also a form of incarceration inflicted, even though there was no malicious intent on the part of the accused.

The second situation in which the Sanhedrin had the authority to incarcerate is that of indirect murder, such as a case in which the accused did not shoot the victim himself but took out a contract on his life. In order for the accused to be convicted of murder under Jewish law and put to death, the murder must be the direct result of the accused’s action. According to the Rambam, the Sanhedrin had the power to inflict life imprisonment in such situations to deter others from such conduct.

The third situation involves the serial offender who violates Jewish laws punishable by karet, death at the Hand of God. Thus, a person who on three separate occasions deliberately ate chametz, leavened bread, on Pesach would be incarcerated by the Sanhedrin for life.

The fourth situation, previously discussed, is the case of the person who accidentally took the life of another. He is incarcerated in the open prison of the arei miklat until the Kohen Gadol, the High Priest, dies.

The fifth situation is the case in which the accused is held without bail until his innocence is determined. This was the rule in all murder trials in the Sanhedrin, and in cases in which the victim of the crime lay in critical condition, hovering between life and death.

The Sanhedrin also had the power to incarcerate people in order to compel obedience to the law. An example would be the case of the recalcitrant husband who refuses to grant a Get, a Jewish bill of divorce, in situations in which Jewish law obliges him to do so.

Finally, the Sanhedrin had the power to incarcerate in cases of hora’at sha’ah, national emergency. 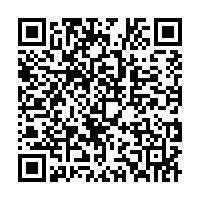