Mr. Weiss was planning a trip to another city. “I have $10,000 cash to send to someone there,” said a colleague, Mr. Miller. “Would you mind taking it with you.”

“That’s fine, if you trust me,” said Mr. Weiss. Mr. Miller handed him an envelope of money, which he put in his attaché case.


When Mr. Weiss got home, he took out the envelope and put it on the desk.

The following morning, Mr. Weiss woke up for davening. When he went downstairs, he was shocked. Silver was missing from the breakfront and his attaché case was open. “Someone broke into the house last night!” he exclaimed.

Mr. Weiss rushed into his study. To his dismay, Mr. Miller’s envelope with the money also was gone. He immediately notified the police.

Mr. Weiss called Mr. Miller. “You’ll never believe what happened,” he said. “Someone broke into our house last night. They stole the money you gave me yesterday. I’m an unpaid guardian (shomer chinam), so I’m exempt from theft.” (C.M. 291:1)

“Where did you leave the money?” asked Mr. Miller.

“I left the envelope on the desk in my study,” said Mr. Weiss.

“You left it out on the desk?” exclaimed Mr. Miller. “How could you leave a sum like that in the open? You should have put it away! That’s not theft, that’s negligence! Even a shomer chinam is liable for negligence.”

“What’s wrong with leaving money on the desk?” asked Mr. Weiss. “I often do that. The house is locked and has a burglar alarm.”

“Leaving money out is never a good idea,” said Mr. Miller. “You know quite well that burglars break into houses, even those with burglar alarms. You should have put the money in a safe place or hidden it somewhere.”

The two came before Rabbi Dayan. “Is Mr. Weiss liable for the theft?” asked Mr. Miller.

“A person must guard in the normal, expected manner,” explained Rabbi Dayan. “This varies from item to item, depending on the size and value.” (C.M. 291:13)

“The Gemara [B.M. 42a] requires concealing cash in the ground,” continued Rabbi Dayan. “Otherwise, there is concern of theft. However, the poskim write that time and place determine the common manner of guarding. Nowadays, people do not guard money in the ground, but rather place it in a bank or safe.” (C.M. 291:15,18; Terumat Hadeshen #333; Pischei Choshen, Pikadon, 2:5[17])

“Most people don’t have a safe in their house,” pointed out Mr. Weiss.

“That it true,” said Rabbi Dayan. “Therefore, putting the money in a secure drawer, preferably with a lock, would be sufficient. However, leaving it on a desk is generally not sufficient, even if the house is locked and has a burglar alarm.”

“But I often leave money on the desk,” said Mr. Weiss. “That’s normal for me. Am I expected to watch Mr. Miller’s money more than my own?”

“Even if someone is careless with his own property, he cannot be careless with someone else’s,” replied Rabbi Dayan. “When you accepted responsibility for the money, you became responsible to guard it the proper way it should be guarded.” (C.M. 291:14)

“Nonetheless, time is also a factor,” added Rabbi Dayan. “If the money is meant to be readily available, there isn’t the same expectation to conceal it in a fully secure manner. It seems logical that the sum is also a factor; the larger the sum, the greater the expectation. The crime rate in the area is also a factor.” (C.M. 291:18-19)

“Thus, in my opinion,” concluded Rabbi Dayan, “Mr. Weiss is liable for the theft, since he was negligent. In similar cases, the dayan must determine – considering the various factors mentioned – whether the money was left in a manner acceptable under the particular circumstances.” 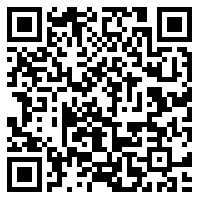