A close acquaintance of mine owns a home healthcare agency. Things were going well with the company, until recently. On March 1, the company began loosing money. The reimbursements were severely lacking and the company could not even make payroll. This went on for three months. The owner searched every which way he could but he could not understand why the company’s finances suddenly took a dive. Over the three-month period he had to borrow money to cover the payroll, a lot of money.

Things were getting worse and worse and he feared that he might have to close the company. Toward the end of the third month the owner attended a shiur about partnerships with non-Jews to avert issues of making money on Shabbos. He knew that in his company they had worked out such a document with one of the non-Jewish office managers. However, now that this topic was on his mind he decided to check into that document. When he located the document he froze in his tracks. The document was a 5-year contract that expired on 3/1/2017! The exact day that the company began to tank.

He quickly phoned the rav who orchestrated the original document and signed a new one with the same office manager. The same week that this document was arranged, the check that his company received for its usual bi-weekly reimbursement was the exact dollar amount more than what was required for payroll. In other words, the same week that the issue concerning having work performed on Shabbos was resolved, was the week that the company received a reimbursement check enough to pull the company out of debt.

The Hand of God was evident and apparent in a very clear manner in this regard. 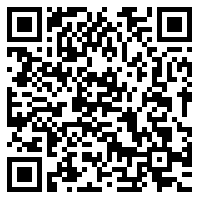