A friend is a single soul dwelling in two bodies.
– Aristotle

Picture the scene. A man, newly circumcised; just three days out from a painful procedure and still newly convalescing. He is not only extremely uncomfortable but he is no “spring chicken” – he is, in fact, elderly. So we have an old man, weakened and in pain, sitting before his tent when our parshah opens: “Vayeirah eilav Hashem b’elonei Mamre…And Hashem appeared before him in the plains of Mamre.”


What a curious opening – “…appeared before him…” Before whom? There is no antecedent, no name for us to know whom God appeared before. Nothing. Just the impersonal “him.”

We know, from our larger context of Torah narrative, that the “him” is Avraham Avinu. Only this is no longer the Avraham we have come to know, no longer the Avram called to turn his back on the land of his birth and his family and to set out on a journey whose purpose would only be revealed as it unfolded; no longer merely a man of stature and wealth.

The Avraham we meet here is now on a higher level; this is the man who will now assume the role of spiritual father of all mankind, the man who – a mere three days after circumcision – was weakened and in physical pain yet nonetheless anxious to extend himself to others. He was proactively seeking the opportunity to perform an act of chesed.

What? He didn’t want to just roll over in bed and groan through his discomfort, like most of us would? No, Avraham sought an opportunity to perform chesed for, after all, what is life without chesed?

And so our parshah opens with God coming to visit him, to acknowledge this new Avraham and to honor him and reveal that this man is the “real deal.”

The Or HaChaim sees in this engagement a fundamental Torah lesson: When people carry out great deeds, God reveals Himself to them as a token of tribute; that is, when man does good, God wants it to be recognized and acknowledged. And so God comes to Mamre to visit His friend, as so many of us do when a friend is recuperating. In doing so, God is letting it be known that he has become a “chariot of the Divine Presence.”

In Avraham’s tent, a home of extraordinary chesed, God is comfortable. Even more, He wants everyone to know that He is comfortable in such a setting. God is saying, “This man is my friend. This man is a man I like to be with.”

All right, but if this is the case, why not say Vayeira al Avraham…? Why not say “God appeared to Avraham?” Why “to him”? Even more, in this visit God does not seem to be revealing a message to Avraham, unlike other instances of God’s interaction with Avraham when He communicates very specific messages.

In this “non-specificity” we find the depth of this wonderful relationship, this friendship, between God and Avraham – and, in fact, friendship in general. Unlike so much in our world, in which nearly every engagement between people is transactional, a quid pro quo, an extension of business – with a specific goal or aim – communication between genuine friends is not transactional at all. There are no specifics because there is no need for them.

As Rav Soloveitchik suggests, when two individuals are close friends, “…sharing a sense of intimacy and companionship, one need not have a message to deliver in order to walk into the other’s house. The highest form of friendship requires no words.”

And we see it in this parshah. Until this point, there was formality between God and Avraham. It was not yet a friendship. There was a clear master/servant quality to their relationship. In this relationship, there was “vayomer” – God spoke. There were statements, commands, formalities. But now, with Avraham’s circumcision and their divine covenant, their bris, established for all time, there was a new intimacy, a friendship. In this friendship there was no longer any need for words, for a formal message. It is “you and me.”

It is not personal. It’s “business.”

Rav Soloveitchik goes on: “As long as the relationship is a formal one, it is guided by the rules of courtesy. Formality requires mentioning the name. But when we visit a friend, there is no need for the name.”

What a wonderful thing, for Avraham and God to share a friendship! But how much more wonderful to realize that this friendship need not be unique to just Avraham. God would like nothing more than to have this relationship with all of us.

The Meor Einaim teaches that God seeks the friendship of every one of His children, so long as we allow Him in. How do we allow God in? How do we engage God so that our relationship is personal and not transactional?

In performing acts of chesed, Avraham Avinu demonstrated by example how we are to behave in the world, how loving-kindness is to imbue our actions and behavior each day of our lives, how our behavior not only invites God into that relationship but makes clear to others that we have that relationship with God. Rav Moshe of Kobrin taught that “A day that a Jew does not do a kindness is not considered a day in his life.”

Such a sentiment suggests that it is not enough to passively not do the wrong thing; rather, it is necessary to proactively seek out opportunities to do the right thing. That is, we are not to sit before our tents until strangers come to us but we are to run from before our tents to find ways to demonstrate our loving-kindness. It is, after all, as essential to Jewish life as eating and praying.

And if we are to demonstrate such acts of kindness to the stranger, how much more to our friends, who are so dear to us that we do not need words to describe or share that closeness?

The question we often ask ourselves is, Would God actually want to be my friend? We often see God as the mighty, driving force in the world; the One who commands. But the One who seeks a personal relationship with us?

The things we often look for in life are, not surprisingly, the very things we end up seeing. If we “see” it as possible, it can be. Living with a greater awareness of God brings Him so much closer.

So often we recognize God in the transcendental – the beautiful symphony, the majestic sky streaked with the reds of evening, the brilliant forests or the ocean’s mighty waves. But like a friend who visits not on special occasions but at any time, for a cup of tea, a moment to kibbitz, a pat on the back, we can recognize God in the daily miracles of our lives.

The more we proactively seek God, the more He reaches out to us. God is waiting for us, to engage in that personal relationship, that friendship.

Would God want to be my friend? The answer is Yes.

With God, friendship is not business. It’s personal. 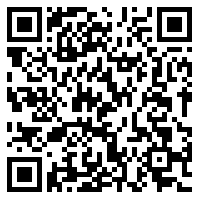