Thursday at the 39th General Conference of UNESCO was marked by the failure of the PLO and the Arab states to pass their anti-Israel resolution which has been routinely approved by consensus every year since 2009 – because of a pesky Filibuster, NRG reported. The Israeli delegation, led by Israel’s ambassador to UNESCO Carmel Shama Hacohen, caused a deliberate delay, until the meeting was finally closed without a decision, and the debate will continue on Friday.

The session at the UNESCO Education Committee was scheduled for 3 PM, and it was expected that the Arabs’ proposal would be approved within five minutes by general consensus and without actual voting, just like in the previous eight year.


But the Israeli delegation, which this time didn’t bother to mobilize countries against the proposal, instead used every possible clause in the organization’s constitution to use up time, demanding name votes by all the 196 countries. So Israel won the day, although it isn’t clear if the delegation will be allowed to repeat the same strategy Friday.

China surprised the conference when it abstained on Israel’s demand for name voting, meaning that it may not be planning to offer its automatic support to the PLO and the Arab countries as in times past.

Another surprise was Mexico’s first-time vote in favor of Israel – which was attributed to the Israeli aid delegation to Mexico City and Prime Minister Netanyahu’s successful visit recently.

The debate began with the chairman, from Kenya, suggesting the Arab proposal be approved without debating and voting, at which point Israel, in coordination with the United States, sought to postpone the proposal to the next meeting in two years. As non-paying member states, Israel and the US do not have the right to vote, but they are allowed to demand adherence to the rules.

As expected, the Arab countries objected, so the Israeli delegation demanded a vote, insisting on a name vote and not merely a show of hands. The US seconded Israel’s demand, and the name voting lasted more than an hour.

Israel then objected to the PLO’s request not to hold a debate but move immediately to approving the resolution, and demanded a name vote on this matter as well, and that vote also took more than an hour.

In the end, because many of the participants had to get to prearranged meetings and receptions, the chairman closed the meeting and announced the debate would continue on Friday.

A victorious Ambassador Hacohen told reporters: “We made clear that the days are over when anti-Israel resolutions can be passed in five minutes. This obsession with Israel will have a price tag, with the organization and the member states will have to devote dozens of hours, add days of debates, and sit through long discussions. Perhaps then they will begin to wonder whether it is worth the investment in futile political decisions that have nothing to do with education, culture, or science.” 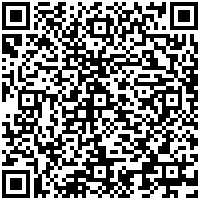