A practicing optometrist, Dr. Gordon has been lecturing on these items, and the history they represent, for four decades. Last year, he decided to condense his Holocaust collection in book form. The result is Holocaust Postal History: Harrowing Journeys Revealed through the Letters and Cards of the Victims (Six Point Watermark).


Dr. Gordon lives in Chicago with his wife. He is the father of three and the grandfather of many more.

The Jewish Press: How does an optometrist come to write a book on Holocaust-era letters and postcards?

Dr. Gordon: I started collecting stamps when I was eight years old, and my journey into the world of the Holocaust began with the chazzan who taught me my bar mitzvah. He was a graduate of the Auschwitz concentration camp, and he told me a little bit about his stay at Auschwitz as a 14 year old.

Then, in the mid-1970s, when I finished my training as an eye doctor, I was at a stamp show in downtown Chicago where I saw an exhibit with mail from Auschwitz and the Warsaw Ghetto, and I realized that’s what I wanted to collect for the rest of my life.

Many people might not be aware that Jews in the ghettos and camps were actually allowed to write letters.

Yes, they were able to write. The Nazis wanted to keep things the same. They didn’t want to have things appear out of place. So as long as the cards and letters met a certain format, they allowed everybody to write freely. Obviously they had to be censored, and all the letters had to be somewhat positive.

They had to be bland. Something like “How are you feeling? I saw your brother the other day and he’s doing fine.” And they had to be written in German so the censor could read them.

Your book interestingly features two pieces of mail from Jews in the Warsaw and Krakow ghettoes, respectively, who requested lulavim and esrogim from Jewish merchants in Italy.

The Kreh brothers from Genoa, Italy sold esrogim and lulavim, and I have a whole series of letters from Jews asking them to send them esrogim and lulavim and promising to pay when they had an opportunity to do so – because Jews were not allowed to send money outside of Poland during the war.

I had a correspondence with one of the sons of the Kreh brothers, and he told me his father and uncle tried to send out as many of these esrogim and lulavim as they could even though they knew that most of the time they would not get paid. But they felt they had an obligation.

Did Jews in the Warsaw and Krakow actually receive these lulavim and esrogim?

Some did. Many didn’t. In many cases the Nazis probably destroyed or confiscated them. And many times, by the time the package got to the ghetto the person to whom it was addressed had been moved or liquidated.

According to your book, Jews in concentration camps were also allowed to send and receive mail, which seems a bit strange.

They could send and receive mail in the concentration camps but not in the death camps. I’ve never found mail from a death camp other than Auschwitz, and that’s because Auschwitz was [a labor camp in addition to being a death] camp. Let me tell you an interesting story that just happened to me a few weeks ago. I was delivering some books to the Skokie Holocaust Museum and said to the person giving out museum passes that I needed to go to the bookstore to drop off my books.

When I showed him a copy of the book, he put his hand in his wallet and pulled out a postcard that had been sent to his mother during the war while she was in Grunberg, which was a labor camp in lower Silesia. It turns out his mother was about 18 or 19 at the time, and she saved 16 postcards that were sent to her. She hid them in the sole of her shoe, and they stayed with her throughout the war. She later gave them to her son.

A couple of days later I was going through my collection and found four other postcards addressed to his mother. I called him up and said, “How did I get these?” He said, “I don’t know, I thought I had all the postcards my mother received.” But apparently some of them had gotten lost or were held at the post office or his mother had moved to a different camp by the time these postcards got to Grunberg.

How many Holocaust letters and postcards do you own?

Where did you find them?

I have a network of stamp and memorabilia dealers throughout the world who contact me if they find something I’m interested in. Back in the day they would send a letter with a Xerox copy [of the item]. Nowadays they send me scans.

You write in your book that you once bid on a letter sent from the Dachau concentration camp on the day it opened. You offered $2,000 for the item, which ultimately sold for $2,500. Is that a normal price for a Holocaust letter?

An average item from a concentration camp runs anywhere from maybe $150 to $500 depending on the camp and the dates on it. The Dachau letter [sold for much more] because it was [postmarked] the day the camp opened.

You conclude the book with some letters and postcards sent from the DP camps where, you note, Jews could often send mail for free.

Yes, most of these people were just released from labor or concentration camps and had no money, so the camp funded the letters for a while. These people were often trying to find family members who were still alive because for four or five years they had no communications with anybody in their family.

You feature in your book an interesting letter that Jews in DP camps sent to the UN, lobbying for a Jewish state. Can you talk about it?

The survivors wanted a Jewish state so they would have a place to go because the United States and many European countries did not [want them]. So these mimeographed letters were passed out and survivors signed them and sent them to the secretary-general of the UN. I have 10 of these letters in my collection. They said, in stilted English:

“During the World War II I have had suffered in the German Nazi camps. There the Nazis killed before my eyes all my dearest and nearest. … 21 months after the victory I am still in a camp in Germany among the murderers of my family.

“The only refuge where I will be able to carry a normal and free life – is my own native country – Palestine.

“From the deepness of my grievous and tortured soul I am applying to you, United Nations of the World, which has the task to bring freedom in the spirit of the Atlantic Charter as a result of the victory over the greatest tyranny in history:

“Take me away from the camp, let me join my brothers and sisters in Palestine, give me the possibility to begin a peaceable and normal life in my own country.” 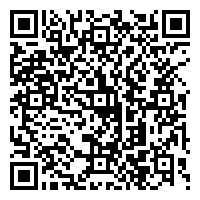