Riots broke out in nearby Biddu following the attack by Nimer Mahmoud Ahmad Jamal, 37, a resident of the village of Beit Surik.

The forces mapped for demolition the home of the terrorist who 24 hours earlier had murdered three security personnel and wounded a fourth in the community of Har Adar. They also destroyed the mourning tent that was erected in his honor.

In addition, the forces searched for illegal weapons and confiscated cash that was believed to have been collected for the purpose of bankrolling terrorist activities. 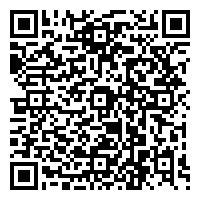