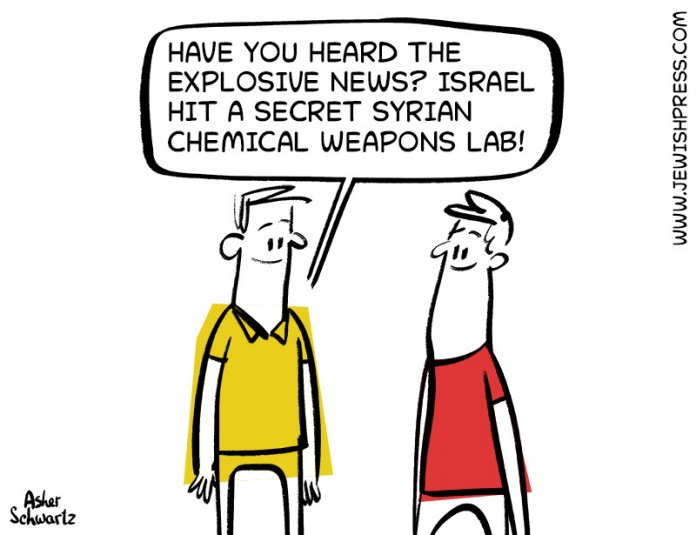 The strikes on secret facilities where the Syrian regime had intended to restart its chemical weapons manufacturing program had three goals. The first was to keep non-conventional weapons out of Syria’s hands, even if they were only at the initial stages of development. The second was make it clear to Syrian President Bashar Assad that Israel would not allow Syria to go back to threatening it with weapons of mass destruction. And third, to send a message to other countries – primarily Iran – that Israel will take the same course of action against anyone who develops weapons that threaten its existence.

On Monday, the Washington Post revealed that two airstrikes attributed to Israel had targeted sites at which Syria was developing chemical weapons. The first took place on March 5, 2020, and targeted a villa outside Homs after it turned out that Syria had acquired a large amount of tricalcium phosphate (TCP), which can be used to produce nerve agents. The second strike was on June 8 this year, and targeted a bunker in the city Nasiriyah, north of Damascus, and two additional sites near Homs. These strikes killed seven Syrians, including a brigadier general (a rank achieved posthumously) named Ayham Ismail, who was high-ranking official at the CERS factory, which developed the country’s chemical weapons.

Despite his promise not to, Assad continued to use other types of chemical weapons against his opponents, mostly chlorine gas. Israel warned that the fact that the world was allowing him to do so would eventually lead to Syria resuming the production of more sophisticated chemical weaponry, which is what happened. It appears that as opposed to the past, Israel made a decision not to wait until Syria would acquire large stocks of chemical weapons, but to take them out in the early stages. But the fact that Syria kept up its efforts to develop these weapons, even after it was attacked the first time, shows that alongside the friendly face Assad tries to show the world, he continues to pursue methods of mass destruction.

The Washington Post report does not make it clear what the US response was to the strikes, and more pertinently – why the US was not the one to attack after explicitly promising that it would not allow Syria to obtain chemical weapons of any type. It might have to do with Israel beating it to the punch and allegedly carrying out the strikes as part of the operations it allegedly carries out in Syria on a regular basis (although this time, the targets were not Iranian or Iranian satellites, but specifically Syrian). It’s also possible that the Americans simply balked at exercising military force, both the Trump administration – which was in power at the time of the first strike – and the Biden administration, which was in power during the second.

By avoiding an attack on these facilities, the Americans again missed an opportunity to send a message to the Middle East and the world as a whole. Israel, on the other hand, stood up for its principles (again), and even expanded the Begin Doctrine – which is to not allow any country in the region to obtain nuclear or chemical weapons capabilities. It looks like this is what was behind the report on Monday. The information that appeared was not attributed to Israeli officials, but the manner and timing of the report indicate that someone had an interest in the strikes being exposed now, as the nuclear negotiations with Iran are under way, to make sure that they echo beyond Syria, especially in Beirut and Tehran.

{Written by Yoav Limor and reposted from the Israel Hayom website} 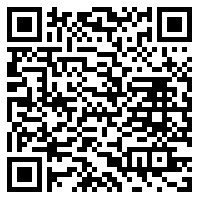