Pulitzer Prize Winning Author Alice Walker, who has a long history of supporting terrorism against Israel, has now resorted to bigotry and censorship against Hebrew-speaking readers of her writings. She has refused to allow The Color Purple to be translated into Hebrew. This is the moral and legal equivalent of neo-Nazi author David Duke disallowing his books to be sold to Black and Jewish readers. There is an appropriate moral and legal response to Walker’s bigotry. The publisher who had sought permission to publish Walker’s book in Hebrew should simply go ahead and do it—without her permission and over her objection. Walker could then sue for copyright infringement, and the issue would be squarely posed whether copyright laws, which are designed to encourage the promotion of literature, can be used to censor writings and prevent certain people from having access to it, based upon the language they read.

The laws of most Western countries prohibit discrimination based on race, religion and national origin. Walker is guilty of violating both the spirit and the letter of such laws. The laws of copyright should not be permitted to be used in the service of bigotry and censorship. But even if it were lawful for Walker to prevent Hebrew speakers from reading her book, it would be immoral to do so, and the publisher might well consider engaging in an act of civil disobedience, as Walker herself has done. Walker participated in unlawful efforts to break Israel’s entirely lawful military blockade of the Gaza Strip—a blockade designed to prevent Hamas and other terrorist groups from bringing to Gaza weapons that are aimed at Israeli civilians. In doing so, she has provided material support for terrorism, in violation of the law of the United States and several other countries. Her bigotry against the Jewish state and in support of terrorists knows no bounds. Now she is even prepared to impose censorship of her own writings as a tool in support of terrorism.

She should not be permitted to get away with such bigotry. Nor should her actions be seen as morally elevated.

The laws of copyright were certainly not designed to encourage or even permit selective censorship based on national origin or religion. I am confident that reasonable courts would rule against Walker if she sought to sue a publisher who refused to go along with her bigoted censorship. Inaction in the face of bigotry is unacceptable. Alice Walker’s bigotry should be responded to by turning her own weapon—the written word—against her. Her writings should be published in Hebrew, whether she likes it or not, and the royalties should be contributed to the NAACP and other civil rights organizations that understand the true meaning of fighting against bigotry and real apartheid. 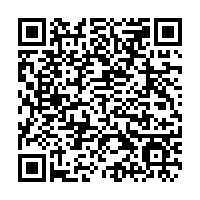