With the release of its 2016/2017 annual report, which was published with much fanfare a week ago, Amnesty International, the strongest international human rights organization, first decided to distribute it to a limited number of “friendly journalists” by conducting closed briefings designed to produce instant headlines, without affording enough time for these journalists to independently examine the report and analyze its findings.

The organization acted to gain sympathetic media coverage instead of allowing free access to all those reporters that might have actually asked questions and checked the data. Amnesty International’s conduct was the embodiment of a political system seeking to control information.

An article on Amnesty’s website presenting the report is full of empty slogans, claiming that “today’s politics of demonization shamelessly peddles a dangerous idea that some people are less human than others,” and quoting the organization’s secretary general, Salil Shetty, as saying that “the need for all of us to stand up for the basic values of human dignity and equality everywhere has seldom been clearer.” Ironic declarations, given the fact that Amnesty employees have been accused several times of employing anti-Semitic rhetoric and the organization even refused to add the war on anti-Semitism to its agenda.

The report’s section titled “Israel and the Occupied Palestinian Territories” employs the same tone, shamelessly exploiting legal terms and hurling accusations such as the “excessive use of force” and “subject[ing] Palestinian detainees, including children, to torture,” to attack the Israel Defense forces without providing any evidence or source.

These hollow accusations of Israel subjecting the Palestinian population in Gaza to “collective punishment” are starting to grow tired. The report accuses Israel of not taking responsibility for extensive war crimes and serious violations of international law that Israeli security forces allegedly committed in the recent armed conflicts in Gaza. These allegations do not address terrorist activity and are not based on any evidence.

Furthermore, there is no evidence or validation for the claims accusing Israel of “unlawful killings, torture and other violations,” which Israeli soldiers and security forces allegedly continue to carry out. The claim that the IDF, Justice Ministry and Israel Police “did not investigate, failed to investigate adequately, or closed investigations into cases of alleged unlawful killings of Palestinians by Israeli forces” is essentially ignoring reality altogether, as the Israeli authorities do investigate and prosecute.

There is no mention whatsoever of the Turkel Commission, set up by the Israeli government to investigate the Gaza flotilla raid and the Gaza blockade, no reference to lengthy investigations conducted by the Military Police Special Investigations Unit or to the government treatment of them.

Befitting of a genuine human rights body, the word “terrorism” has been completely obliterated from Amnesty International’s vocabulary. When the authors of this report deigned to mention the latest wave of terrorism, they stressed that many of the Palestinian victims “were shot while attacking Israelis or suspected of intending an attack.” The allegation that “some, including children, were shot when they were posing no immediate threat to others’ lives and appeared to be victims of unlawful killings,” is thrown up in the air without any evidence to support it.

Amnesty International’s biased political agenda is also blatantly portrayed in the reference to “new reports of violence against women, particularly within Palestinian communities in Israel,” which completely ignores the phenomenon of honor killing in some of these communities and instead blames the Israeli police for failing to “afford them adequate protection.” Amnesty also reiterates the worn-out claims of Israeli political organizations that warn of a coming “end of democracy” in the country.

The universal principle of human rights will not be fulfilled by spreading empty ideological mottoes, unfounded accusations and half-truths that turn every act of war against terrorism into a war crime. Amnesty International better examine its own conduct, starting with asking how this self-proclaimed defender of human rights contributed to an absolute disregard for the ongoing deterioration of human rights worldwide. 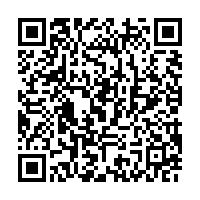