Home InDepth Analysis An Idiot’s Guide To Diplomacy
Share on Facebook
Tweet on Twitter
The simple fact that a state’s foreign ministry’s job is to use the tools of diplomacy to advance the state’s national interest has escaped the attention of Israel’s Foreign Ministry and Israeli Foreign Minister Tzipi Livni.

During his eight-day visit, Israel gave Scheinin the red carpet treatment. He met with Livni, officials from the Foreign Ministry, Justice Ministry, IDF, Shin Bet, the prime minister’s counter-terror bureau, members of Knesset, the former and current Supreme Court chief justices, lawyers, academics and victims of terror. He was taken to visit Hadarim and HaSharon prisons to conduct interviews with jailed terrorists. He was brought to the Ofer military court to observe trials of terrorists.

Scheinin also visited the Palestinian Authority and met with officials in PA Chairman Mahmoud Abbas’s office. He visited Bethlehem, Nablus and Ramallah and toured the route of Israel’s security fence.

Livni no doubt invited Scheinin to visit because she believed that by showing him what it is actually doing, Israel could convince Scheinin that it is not a human rights violator. Scheinin would finally see that Israel does more than any other country to uphold the human rights of its enemies. Indeed, he would see that Israel knowingly endangers the lives of its own citizens to protect the rights of its enemies.

And so he came and left, and on July 10 issued his preliminary report. No doubt to Livni’s surprise and the surprise of her staff, Scheinin’s report found fault with every single counter-terror technique that Israel employs. The security fence that prevents terrorists from entering Israeli population centers is bad because it is built past the 1949 armistice lines and makes it hard for Palestinians to get from place to place. Checkpoints, also aimed at preventing terrorists from killing Israelis, are bad because they make it difficult to move around.

Scheinin promised he will soon submit a full report on his visit to the UN’s Human Rights Council. That report will extend his criticism to every action undertaken by Israel to protect its citizens from murder that he didn’t mention in his preliminary findings, including “the demolition of houses; the use of ‘human shields’ by the Israeli Defense Force; the movement of goods and people to and from Gaza; the use of and procedures surrounding the administrative detention of security suspects and military courts to try terrorist suspects; the use of military force by Israel, including outside its own territory.”

Just to show his objectivity, Scheinin also promised his full report will discuss “the rights of victims of terrorism and their families.”

There is absolutely no reason to be surprised that the UN’s Special Rapporteur for Human Rights drew the conclusions he did. After all, he is employed by the UN Human Rights Council and as such is duty-bound to advance the interests of his employer.

Since its establishment in March 2006, the UN’s Human Rights Council has proved itself to be even more discriminatory against Israel than the anti-Israel UN Human Rights Commission that it was established to replace. In its year and a half of operation, the Council, which is dominated by the Organization of the Islamic Conference and its extremist agenda, has devoted all of its condemnations – three special sessions and nine resolutions – to attacking Israel. It has granted immunity to Palestinian terrorists and Hizbullah.

Needless to say, it has ignored the genocide of black Muslims by Arab Muslims in Darfur. It has ignored Iran’s active incitement of genocide against Israel. It has ignored Saudi Arabia’s gender apartheid and its prohibition of the practice of any religion other than Islam in the kingdom. And the list goes on.

In June the Council voted to make attacking Israel a permanent item on its agenda. It also institutionalized the mandate of a special investigator of “Israeli violations of the principles and bases of international law.” As former Canadian Justice Minister Irwin Cotler noted recently in the Boston Globe, this is “the only indefinite open-ended and one-sided investigative mandate” in the UN.

The Council’s gross discrimination against Israel aligns seamlessly with the UN’s treatment of Israel in general. In 2006, Israel was the country most subject to UN vilification, criticized 135 times. Sudan, which came in second, was criticized 69 times. Iran was criticized 23 times. The United States ranked fourth on the list, having been criticized 38 times.

All this simply shows that the UN generally and its Human Rights Council specifically is institutionally predisposed to criminalizing and condemning Israel. Unfortunately, Israel’s Foreign Ministry ignores this predisposition and so makes it impossible for the government to properly respond to reality.

Since the UN views criminalizing Israel as one of its central goals, its representatives have no interest in recognizing the truth. To the contrary, they understand that it is their duty to act as engines to propagate lies about Israel.

Were Israeli officials to understand this basic truth, they would realize that inviting Scheinin to their country in the manner they did only served to give him more credibility in attacking Israel. Now, every time he lies about Israel’s actions, he can wrap himself in the legitimacy of having been a guest of the Israeli government.

Since she first entered the Foreign Ministry two years ago, Livni has distinguished herself with her patent inability to understand the nature of diplomacy. She operates under the delusion that “personal chemistry” rather than institutional and national interests will determine the results of diplomacy. As a result, she believes that if she has a pleasant conversation with a foreign emissary, it means his home government will be nice to Israel.

But the Foreign Ministry is not interested in going on any offensive. And so, rather than attacking Israel’s foes, it lavishes them with attention and legitimacy. At the same time, Foreign Ministry officials go out of their way to attack Israel’s supporters who insist on pointing out the inherent hostility of institutions like the UN that make criminalizing Israel their primary goal.

Livni’s conferral of legitimacy on Scheinin, and by extension the UN Human Rights Council, shows that she and her ministry are incapable of accepting this basic truth. 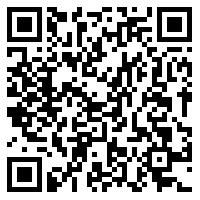