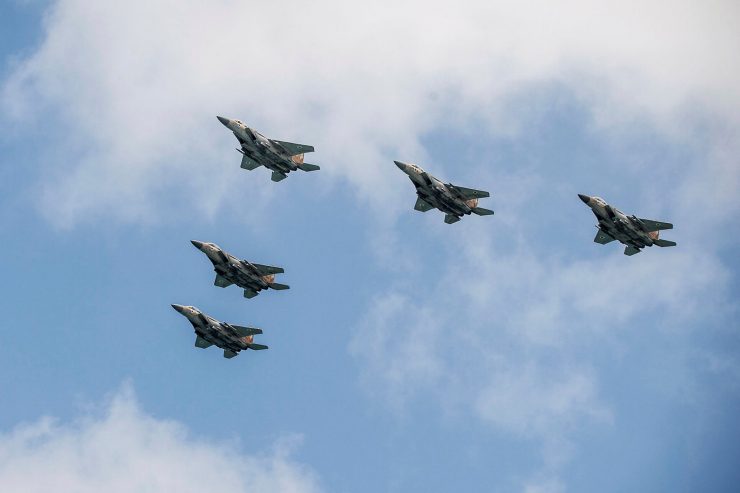 The Russian military announced Monday that the Syrian air defenses destroyed over 30 Israeli cruise missiles and guided bombs while repelling the Israeli strike against Iranian targets inside the country.

According to Russian Defence Ministry, the Israeli strike killed four Syrian soldiers and injured six others. In addition, the air raid “partially damaged the infrastructure of the Damascus international airport,” the statement says.


Russia’s defense control center reported that Israeli forces carried out three airstrikes on the Syrian territory from the west, south-west and south.

The Syrian Observatory for Human Rights (SOHR), which has assets on the ground in Damascus, reported that the Israeli missiles destroyed weapons depots and military posts belonging to the Iranians and Hezbollah in the vicinity of Damascus International Airport and the area of Al-Kiswah and Jamraya and “caused substantial material damage.” The SOHR also reported that at least 11 Syrians were killed in the strikes.

Israel’s Minister of Intelligence Yisrael Katz stated Monday morning after the overnight strike that the country’s “red line policy to prevent Iran’s military entrenchment in Syria is being carried out with full force.”

He underscored that the IAF’s strikes against Quds forces targets was a “clear message” to Iran’s Revolutionary Guard (IRGC) and the Quds Forces commander Qassem Suleimani – “He who rises to kill you, kill him first.”

“He who fires rockets at the Israeli Hermon will pay the full price,” Katz warned.

IDF Spokesperson, Brigadier General Ronen Manelis stated Monday that the focus of the attack was an arms storage site at Damascus International Airport.

“The attack on the Quds Force targets was carried out in response to the launching of a ground-to-ground missile carried out by an Iranian force from Syrian territory into Israeli territory,” Manelis stated.

He stressed that the strikes were a reaction to the attack against the State of Israel. “The firing of an Iranian missile, from an Iranian launcher and by an Iranian force takes several months to plan,” he said, and therefore Israel’s response was a message of deterrence.

The IDF spokesman also said that the strikes exemplify the danger the Syrian regime is taking when it allows the Iranians to operate from its territory. “Some of the targets of the Quds infrastructure that we attacked were located inside Syrian military camps, they endanger themselves and pay a heavy price,” he said.

The IDF provided extensive information on the attack, the first time it has done so since the IAF carried out strikes against Iranian targets in Syria in May 2018 and after the Iranians fired dozens of rockets at IDF targets in the Golan Heights.

Yoni Ben-Menachem, an analyst with the Jerusalem Center for Public Affairs (JCPA), told TPS that by going public with the attacks on Iranian targets, Israel was sending a message to Iran – don’t mess with us.

Ben Menachem noted that the Iranian surface-to-surface missile fired at Israel’s Hermon skiing resort was “a severely extreme” measure that could have ended with multiple casualties if the projectile had not been intercepted by an Iron Dome defense system.

Iran is trying to drag Israel into a war of attrition as Hamas has done on the Gaza border, he explained, and Israel’s forceful response on Sunday night was a clear message of deterrence – Israel would not allow such a development.

Regarding the possibility of a further escalation, Ben Menachem said that it depends on how the Iranians will act. This short round can end now if the Iranians choose to do so, or it can develop into a situation which Israel is contending with on the border with Gaza, in which there are short and repeated flair-ups.

However, he thinks that the tensions will not lead to a fully-developed war between Israel and Iran, Syria and Hezbollah in Lebanon, a cataclysmic event which has already been dubbed the First Northern War.

Ben Menachem pointed to Russia’s presence in Syria as a stabilizing element that is not interested in a full war in Syria. 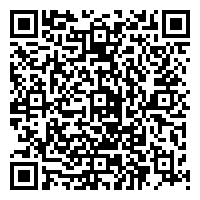