By Ilan Gattegno and Ronit Zilberstein


The new airport will serve the southern resort city of Eilat, situated about 12 miles to its south. The city’s old airport can handle only eight flights an hour, and no wide-body aircraft.

Ramon International Airport is the first civilian airport to be built in Israel since 1948. It is named in honor of the first Israeli astronaut, Ilan Ramon, who died in the 2003 Columbia space shuttle disaster, and Ramon’s son Assaf, an Israeli Air Force pilot who died in a training accident in 2009.

The airport, constructed at a cost of some $500 million, has an annual capacity of 2.5 million passengers, with room for expansion. It is able to handle 20 takeoffs and landings an hour and accommodate large aircraft, such as Boeing 747s.

Officials hope the new airport will help make Eilat a more attractive destination for tourism and a top pick for international conferences, in part because it serves as a transit point for tourists who want to cross from Israel into Egypt and Jordan. 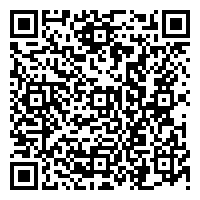