An Australian by-election has taken on local, national and international significance as Australia’s ruling Liberal party fought to hold its a one-seat majority in the parliament. (They didn’t succeed.)

It is not for HonestReporting to take a public stance on the outcome of the Wentworth by-election. However, it is no secret that the Liberal candidate Dave Sharma, a former Australian ambassador to Israel, was and is a great friend of the country and the Jewish community.

By virtue of this and Wentworth’s large number of Jewish constituents, a controversy broke out as Prime Minister Scott Morrison floated a trial balloon that he was “open” to moving the Australian embassy from Tel Aviv to Jerusalem. Given the timing, he was accused of trying to cynically buying Jewish votes through foreign policy.

This is a legitimate debate to be had. But an opinion piece by award-winning journalist Tony Walker republished by the Australian Broadcasting Corporation (ABC), however, goes too far, leading off:

In the Gospel of Matthew 26:15, it took 30 pieces of silver for Judas Iscariot to betray Jesus. In modern Australian politics it has taken the prospect of a loss of a byelection for a political leader to opportunistically upend longstanding policy.

It’s one thing for Walker to suggest that Jewish voters in Wentworth have been paid off for their vote. It’s quite another to draw a parallel with the story of Judas and the 30 pieces of silver. When applied to Jews, this is a classic antisemitic trope.

The 30 pieces of silver have been used through the centuries in antisemitic incidents, including the linkage of Jews with money, while the betrayal of Jesus by Judas has been used to charge Jews with deicide and portray them in the worst possible light.

As explained in The Forward:

Although, in our ecumenical age, Christian churches may have dropped the charge of deicide against the Jews, “Judas,” even if uttered — as it generally is — without the slightest anti-Semitic intent, conjures up an old and still potent image of the Jew as a Jesus Christ killer.

Although Judas was thus only one of Jesus’ Jewish disciples, his name has screamed “Jew” to Christians, both in New Testament times and later. Indeed, he became for Christianity the prototype of the Jew: the treacherous, devilish, money-grubbing figure that all Jews were said to resemble.

Perhaps Walker was making a veiled reference to PM Scott Morrison’s well known Christian background. Either way, within the context of the story, this shocking antisemitic trope should never have appeared in a mainstream media article.

Shame on Tony Walker and shame on ABC for publishing it. 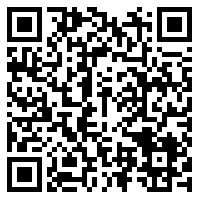