The British Foreign secretary, Lord Edward Grey of Fallodon observed upon the outbreak of the First World War that “The lamps are going out all over Europe, we shall not see them lit again in out time.” Jewish historian Simon Dubnov commented on the outbreak of war, “My head is spinning at the horror of the coming slaughter of peoples, the self destruction of Europe.”

The Jewish people were caught in the middle of the conflagration.The First World War officially began on August 1, 1914 when Germany declared War on France and Russia. That day was Tisha B’Av, the ninth day of the month of Av which commemorates the long history of Jewish suffering. Just days before the official declaration of war between Germany and France, the London Jewish Chronicle poignantly noted the approaching day of Tisha B’Av with a foreboding tone, “Politically the Jew is today still suffering in his own condition the consequences of the overthrow of 2,000 years ago. The homelessness which then began still continues, with all the manifold disabilities and tragedies that spring inevitably from it. Religiously, again, the loss of home has meant and still means, exposure to an increasingly hostile environment. “


At this time,there were about fourteen million Jews in the world.

The hope for acceptance; of ending age-old anti-Semitic stereotypes was a driving force for many Jews adding impetus to their patriotism. Change in attitudes towards the Jews seemed to be forthcoming given the pronouncements of some world leaders who called for acceptance of minorities, which included the Jews. However, anti-Semitism would increase and the Jew would be further isolated in a far more precarious world by the end of the war.

Just days into the war, the Kaiser expressed his support for all Germans including Jews at the Berlin Palace before Reichstag deputies,stating, “I know of no parties, I only know Germans.”

Ludwig Frank, a prominent Jewish member of the Reichstag (German Parliament) volunteered in August and was among the first casualties.He spoke of his devotion that he was glad to let his blood flow for the fatherland. Frank offered us an outlook into the future. “We trust in the final valid victory of German arms and in the glorious peace which we are helping to attain by fighting.….. We are sure that after such soulful experiences that after this storm tried fellowship the flame of the old hatred will not blaze up again.”

At the beginning of the war, German Jewish poet Ernst Lissauer composed a popular Hymn of Hatred against Great Britain. One stanza states, “Never is our hatred going to abate. Hatred on the sea, hatred on the land. Hatred of the head, hatred on the hand.” The Kaiser himself bestowed a medal on Lissauer.

An appeal to German Jewry by the Imperial Association of German Jews expressed the sentiments of patriotism of the era.

“German Jews, in this fateful hour it is once again time to show that, proud of our lineage, We Jews are among the best sons of our fatherland. The noblest of our millennia Old history obliges. We expect our young to hasten to the colors voluntarily and with high hearts. German Jews! We appeal to you, in the spirit of the old Jewish rule of duty, to dedicate yourselves to the service of your fatherland with all your heart, all your soul, and all your abilities.” 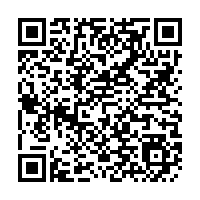