Home InDepth Analysis Avoidance Vs. Confrontation
Share on Facebook
Tweet on Twitter
Last week the IDF released statistics on rocket and mortar fire from Gaza on southern Israel. During 2007, 1,150 rockets were shot at southern Israel from Gaza.

Since the beginning of 2008, rocket and mortar attacks have increased over 300 percent. In the first six weeks of 2008 alone, more than 400 rockets landed in southern Israel. At the same time, the Palestinians’ capabilities have grown steeply.

Until Hamas breached the border with Egypt last month, most Palestinian weapons smuggling was limited to what could be brought in through underground tunnels. During the two weeks the border was wide open, heavy weaponry was transported across the border in trucks. Senior officers in the IDF Southern Command assess that in addition to an arsenal of at least a thousand short-range rockets, the Palestinians have amassed at least 200 missiles capable of hitting Ashdod and Kiryat Gat.

That means nearly a million Israelis currently live within range of rockets and missiles fired from Gaza.

In the face of this steadily escalating Palestinian campaign against southern Israel, the Olmert-Livni-Barak government maintains its reliance on limited military incursions into Gaza’s border zones. IDF forces are allowed to target only the last rung of the missile campaign ladder – namely, the crews that shoot the projectiles at Israel. The rest of Hamas’s war machine – from its political leadership, through its supply lines, its logistical and training bases to its collaborators – is out of bounds.

The main justification the Olmert government gives for its refusal to permit the IDF to launch a ground offensive into Gaza is that such an offensive would harm the government’s ongoing negotiations with Fatah leaders regarding a permanent peace treaty between Fatah and Israel. A major Israeli offensive in Gaza, they argue, would weaken Fatah’s standing in Palestinian society. A move to secure southern Israel would force supposedly moderate leaders like Palestinian Authority Chairman Mahmoud Abbas and his titular prime minister, Salam Fayyad, to abandon their talks with the Olmert government while strengthening Hamas’s popularity still further.

Yet for all of Israel’s restraint, Fatah leaders remain unhappy. Abbas and his advisors condemn every Israeli operation in Gaza as “terrorism.” At his meeting last week with Prime Minister Olmert, Abbas demanded that Israel curtail its military operations and open Gaza’s borders to Israel for commerce and supply. Fayyad told a visiting delegation of the Council of Presidents of Major American Jewish Organizations that the pace of negotiations is not fast enough to satisfy him. In his words, “My own sense … is that not enough has happened over the past nearly three months that could suggest to me that a treaty per se is going to be possible [in 2008].”

The main reason the Olmert government is concerned about the fate of negotiations with Fatah is that it fears being blamed by for their failure by Secretary of State Condoleezza Rice and her counterparts in the European Union. But despite the Olmert government’s best efforts to keep the negotiations afloat, even at the price of sacrificing the security of southern Israel, both the State Department and the EU are openly condemning Israel for what they, like Fayyad, consider to be a too slow pace of negotiations with Fatah and unduly harsh Israeli military actions in Gaza.

In the context of this growing American-European pressure on Israel to advance the pace of Israeli concessions to the Palestinians at the negotiating table and curtail Israeli military operations against Hamas in Gaza, Rice summoned Olmert to meet with her this week in Japan. The meeting was hastily scheduled even though Rice is set to visit Israel next week. As a prelude to the dressing-down Olmert can expect from Rice, Assistant Secretary of State David Welch, at a meeting on February 11 in Berlin of the Middle East Quartet – which includes the U.S., the EU, the UN and Russia – said the U.S. “is not comfortable” with Israel’s operations in Gaza.

For their part, the Europeans passed a resolution in the European Parliament on February 21 condemning Israel for its military actions in Gaza and blaming it for what the EU and Hamas portray as a humanitarian disaster in Gaza. The resolution calls on Israel “to cease military actions killing and endangering civilians, and extrajudicial killings.”

Both the State Department and the Europeans are treating Israel unfairly. But the fact is, the Olmert-Livni-Barak government opened Israel to this abuse. Israel’s leaders foolishly committed themselves to the impossible goal of reaching a peace treaty with the Palestinians by the end of the year. And they knew that it would be impossible to reach a deal with Abbas when they went to Rice’s conference at Annapolis last November and committed themselves to working toward that unachievable goal.

Even Olmert’s cabinet ministers acknowledge that against the backdrop of Israel’s unilateral surrenders of southern Lebanon to Hizbullah in 2000 and Gaza to Hamas in 2005, there is no way Abbas, who lacks popular support among the Palestinians and in the Arab world as a whole, can agree to an accord with Israel. Indeed, against the backdrop of Hizbullah control of south Lebanon and Hamas control of Gaza, the only agreement Abbas could accede to is an unconditional Israeli surrender of Judea, Samaria and Jerusalem, combined with an Israeli agreement to allow millions of foreign Arabs to immigrate to Israel in the framework of the so-called right of return.

Olmert and his colleagues agreed to maintain the fiction that there is a deal to be had with Abbas for two reasons.

First, domestically, they fear a backlash from the Israeli Left if they acknowledge there is no chance of making peace with the PA. Were the Kadima/Labor government to accept this harsh reality, it would immediately lose the support of the radical Left which controls the Israeli media and legal system.

Second, they hoped that by agreeing to embrace the negotiating process with Abbas, they would avoid criticism from the Bush administration and the EU which have placed the advancement of the Israeli-Palestinian “peace process” at the top of their foreign policy agendas.

The Israeli government’s preference for avoiding reality rather than confronting it has been embraced by the American Jewish establishment as well. When Fayyad addressed the Council of Presidents, Mort Klein, the president of the Zionist Organization of America, attempted to confront him about Fatah’s continued involvement in terror and glorification of terrorists. Klein asked Fayyad to explain why Fatah’s posters depict a flag of Palestine that encompasses all of Israel and why the Fatah-led PA in Judea and Samaria declared three days of official mourning when the terror master George Habash passed away last month.

Rather than support Klein’s request for an explanation, June Walker, the Conference’s chairwoman, reacted with embarrassment. She angrily tried to get Klein to sit down when Fayyad refused to answer his question. After the event, other members of the Conference told Klein he “had embarrassed them in front of their guest.”

Whether with the Olmert-Livni-Barak government’s decision to embrace the myth that peace is possible and confrontation avoidable or the American Jewish leadership’s preference for polite meekness over truth, those today leading the Jewish people are doing us a great disservice. It is not simply that difficult realities won’t disappear just because they wish to avoid confronting them; in their attempts to postpone the inevitable confrontation with reality they are ensuring that what Israel and the Jewish people confront will be all the more dangerous and difficult. 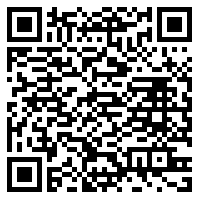