In an article date stamped September 15th (but which actually appeared on the BBC News website’s Middle East page the following day) the BBC chose to amplify some specific passages from earlier remarks made by the UN Secretary General.  Readers of “UN’s Ban: Netanyahu ethnic cleansing remarks ‘outrageous’” were told that:

Benjamin Netanyahu’s use of the term in a video attacking opponents of Jewish settlement construction on occupied territory was “outrageous”, he said.”

While readers would not necessarily understand that the above (and later repeated) tendentious portrayal of the aim of Netanyahu’s video came from Ban himself, a more accurate description appears further down in the same article.

“Last Friday, Israeli Prime Minister Benjamin Netanyahu published a video in English on his Facebook page in which he criticised people who described settlements as an obstacle to peace with the Palestinians.”

Predictably, the article includes amplification of the BBC’s stock mantra on Israeli communities in Judea, Samaria and certain districts of Jerusalem.

“Mr Ban stressed that settlements were illegal under international law.” […]

“About 570,000 Jews live in more than 100 settlements built since Israel’s 1967 occupation of the West Bank and East Jerusalem. Mr Netanyahu called the demand that they leave “outrageous”.” […]

[Quoting Ban] “”Let me be absolutely clear: settlements are illegal under international law. The occupation, stifling and oppressive, must end.”

Israel rejects the assertion that the settlements are illegal, and over the past two weeks has advanced plans for another 463 housing units at four locations.”

As ever, the BBC compromises its own impartiality by failing to inform its audiences of the existence of alternative opinions on that particular issue of ‘international law’. Neither are readers told that more than half of those touted “463 housing units” are accommodation for senior citizens and that they, like the rest, are located in regions which, under any reasonable scenario, would remain under Israeli control in the event of an agreement.

But the most remarkable feature of this BBC report is that while it provides amplification for censure from Ban Ki Moon and Mahmoud Abbas, it makes no effort whatsoever to inform audiences of the facts behind the statements which are the subject of that criticism.

“We have frankly said, and always will say: If there is an independent Palestinian state with Jerusalem as its capital, we won’t agree to the presence of one Israeli in it,”

“Abbas said that no Israeli settlers or border forces could remain in a future Palestinian state and that Palestinians deem illegal all Jewish settlement building within the land occupied in the 1967 Six Days War.”

And Abbas is of course not the only PA political personality to adopt such a position: here, for example, is the ‘moderate’ Sari Nusseibeh speaking to Al Jazeera in 2007.

“The Israelis now living in the territories of the future Palestinian state should return to living within the borders of the state of Israel. No Jew in the world, now or in the future, as a result of this document, will have the right to return, to live, or to demand to live in Hebron, in East Jerusalem, or anywhere in the Palestinian state.”

Moreover, in addition to demanding a Jew-free Palestinian state, Mahmoud Abbas and his colleagues consistently refuse to recognise Israel as the Jewish state – i.e. to declare an end to their claims regarding that country and the ‘return’ of Palestinian refugees to its territory.

Of course Israelis do not have to dig too deep in their collective memory to recall that prior evacuation of all the Jews from their homes in Hebron in 1929, in Jerusalem in 1948 or in the Gaza Strip and parts of northern Samaria in 2005 did nothing to remove ‘obstacles to peace’. As former Labour MK Einat Wilf noted:

“While the settlements are not (to say the least) the best vehicle to make the argument about ethnic cleansing in the Israeli – Arab conflict, it’s not a bad idea to remind the world that it is the Arab side that has pursued a consistent policy of ethnically cleansing the Jews from the region – whether from Arab countries (successfully) or during the Arab war of 1947-1949 designed to crush the nascent State of Israel (mercifully a failure to this day).

It has to be said again and again: Had the Arabs not violently rejected the UN Partition proposal and opened war against the nascent State of Israel there would have been no displacement of Arab Palestinians and no refugees. If anything, when the cease fire lines were set in 1949 all Jews were ethnically cleansed from the Arab side of those lines, whereas Arabs remained securely on the Israeli side of it, becoming Israel’s Arab citizens.”

The BBC, however, chose to amplify Ban Ki Moon’s remarks without providing audiences with the relevant context which would enable them to judge their accuracy and relevance. The result of course is that once again – and despite the corporation’s remit – audiences are deprived of the opportunity to see beyond the BBC’s favoured political narrative.

More BBC promotion of the ‘Peace Now’ narrative on construction

Why is the BBC’s failure to properly report the Jewish state issue important? 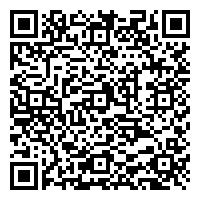