http://matzav.com/was-israel-justified-in-going-after-hamas-terrorist-tunnels-the-key-question-for-any-legal-proceeding The charges of “war crimes” and “violations of international law” are leveled by UNRWA without basis in fact.


According to Sami Meshesha, a spokesperson for UNRWA:

“[the] majority of dead and injured are women and children, which is of profound concern to UNRWA” http://en.alquds.com/en/stories/1375

Were this the case, it would suggest random attacks by the IDF on innocent civilians. But in point of fact, this statement is fallacious.

What this indicates is that we are not looking at a pattern of indiscriminate killing of innocent civilians, but rather a high percentage of those likely to be combatants killed.

The number of children counted among the dead was 18%, even though a full half of the population of Gaza is under 14 years of age.

These figures, put out by Al-Jazeera, indicate a pattern that is not random. After the final ceasefire was established, Chris Gunness gave an interview to Linda Tamim, which can be seen here:

It is in the course of the very first minute of this interview that he makes statements that reflect a breathtaking failure to acknowledge the Hamas role in the conflict, and that do a severe injustice to the IDF.

“…the defenseless people (of Gaza) have been subjected to a dehumanizing bombardment. They were ordered out of their homes by the Israeli army, they had to walk through battlegrounds, found themselves in UN compounds, some of them were hit in those compounds by the same army…

“[This was] an industrial scale denial of their human dignity.”

Where is Hamas in this description? One might think that the Israeli army came into Gaza for the specific purpose of making the lives of the civilians miserable.

The most egregiously offensive statement made by Gunness is that “they were ordered out of their homes by the Israeli army.” As if this was one part of a package of strong arm techniques designed to cause misery.

This would not have been necessary had Hamas not chosen to store and launch weapons near those homes. In asking people to leave, the IDF was demonstrating a concern for human life, a concern that Hamas exhibited not at all.

As to civilians being hit in the compounds “by that same army,” he is leveling a blanket charge that is neither fair nor reasonable. Some Hamas rockets fell short of their targets and landed inside Gaza. Some Hamas mortar shells hit Gazan civilians. On July 16, UNRWA spokesperson Chris Gunness tweeted the following:

Ron Prosor, Israeli Ambassador to the UN, then drafted a letter to UNRWA’s Commissioner-General protesting that what Gunness did was highly inappropriate because Gilbert was:

UNRWA political involvement The very thrust of UNRWA’s involvement in Gaza has become politicized. But here we have one very specific political statement, made by Chris Gunness, UNRWA spokesperson:

“Huge swathes of Gaza have been leveled. We cannot rebuild it with our hands tied behind our back. 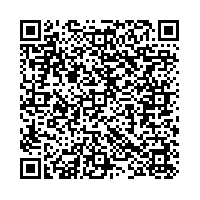