Slowly, world support is building for an organized coalition to fight the the global terror organization, Islamic State in Iraq and Syria (ISIS), following the posting of a new video showing a member of the group beheading a UK citizen and threatening to behead another.

Condemnation were heard from world leaders in Europe on Sunday in response to the video, which was posted on the internet. The response continues to pour in following the murder this weekend of British aid worker David Haines, who was beheaded by the ISIS global terrorist organization. Haines was captured in 2013.

French President Francois Hollande said in a statement issued Sunday, “The heinous murder of David Haines shows once again how the international community must mobilize against Da’esh,” referring to the Arabic acronym for ISIS.

On Saturday, U.S. President Barack Obama strongly condemned what he called the “barbaric murder.” The American leader has been calling for a Western and Middle Eastern coalition of nations to fight ISIS. “The United States stands shoulder to shoulder with our close friend and ally in grief and resolve,” Obama said in a statement. “We will work with the United Kingdom and a broad coalition of nations from the region and around the world to bring the perpetrators of this outrageous act to justice, and to degrade and destroy this threat to the people of our countries, the region and the world.”

Egyptian Foreign Minister Sameh Shukri, meanwhile, said Saturday that ISIS has formed ties with other terrorist groups in the region. Shukri echoed the call by France and the United States to unite in a global action to counter the threat.

Speaking at a joint Cairo news conference with U.S. Secretary of State John Kerry, Shukri warned that a number of terrorist groups in the region share the same ideology and underlined that they must be dealt with, for everyone’s safety. 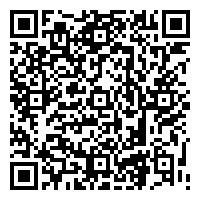