Israel is ruled by the Supreme Court. The legislature is not sovereign to legislate, and the executive lacks actual control to execute the instructions of the legislature. The judiciary has established itself as superior to all other branches of the government; that it knows better what the country needs than the people and their elected representatives.


Israel has no constitution. It has “Basic Laws” passed by the Knesset, Israel’s parliament, at different times by different governments led by different political parties.

Basic Laws are enacted by ordinary legislative procedures. Only about one-quarter of the Knesset’s members voted for those Basic Laws! In Israel, no quorum is required to pass legislation.

Through almost five decades of Israel’s existence, the courts did not have the authority or the jurisdiction to invalidate a law of the Knesset.

It is not the norm in democracies for the parliament to pass a law and the Supreme Court to declare that the law could never be repealed. Barak equated the Basic Laws to a constitution by holding that the Knesset cannot repeal them.

In most democracies, a party must show legal standing for a case in court: demonstrate to the court sufficient connection to and harm from a challenged law or action to support that party’s participation in a case. If a person not directly affected by governmental action can challenge it, then judges, which are not elected by the public, would be put in place of democratically elected officials and their appointees.

Israel formerly required claimants to have standing in order to bring a case before the court, but the Supreme Court under Barak liberalized the requirement of standing. In Ressler v. Minister of Defence [PDF], it ruled that the “legal standing of a petitioner before the High Court will be recognised if he can show that there is a reasonable prospect that an interest of his (not necessarily amounting to a right) which may be shared by a great number of others, has been prejudiced.”

The Supreme Court also acts as the High Court of Justice, a court of first and last instance in suits against the government, allowing claimants to file directly with the court. It routinely hears petitions by all and sundry that seek to harass the government by challenging its action, without any direct or imminent relation to the matter.

Israeli courts put themselves in the position of the other branches of the government; reconsidering their decisions: ministerial appointments by the prime minister, defense matters, decisions of the attorney general, etc., are often reviewed in court.

The Supreme Court’s control over the Attorney General of Israel is extensive. Every decision of the attorney general is subject to judicial review, including whether or not to prosecute a public figure.

The attorney general cannot be appointed or removed by the executive branch or the Knesset. It is customary that the selection for the position is brought to the government, which usually approves the appointment.

The appointment is made by a commission of five members: a retired justice of the Supreme Court, a former justice minister or attorney general, a Knesset member chosen by the Constitutional Affairs Committee of the Knesset, an attorney chosen by the national council of the Israel Bar Association, and a legal expert chosen by the heads of the university law schools in Israel. They choose the head of the legal system of the executive branch.

The Supreme Court controls the Israel Defense Forces (IDF). It recognizes legal standing for practically every claimant against the IDF, no matter how remote. Its rulings constitute a severe limitation of what the military could do and how to do it: countermand military orders, devise rules of engagement, decide military policy, rule on military tactics and ethics, rule on the appointment and promotion of officers, etc.

In The Public Committee Against Torture In Israel v. The Government Of Israel [PDF], the Supreme Court decided on the policy of the IDF in gathering intelligence on those behind terrorist attacks and using preventive strikes to eliminate those found responsible. It accepted the standing of the non-governmental organizations that brought the suit, and ruled on issues of specific military tactics.

In most democratic countries the court will not consider every type of issue brought before it, even if the petitioner is directly affected by the matter. The issue itself must be justiciable.

To be justiciable, the issue must pertain to the types of matters that courts are empowered to consider, the party must have standing, the facts of the case must have matured into an existing substantial controversy warranting judicial intervention, and there must be actual disputes that the court has authority to resolve. Furthermore, the questions should not be such that by their nature are decided by the political (legislative and executive) branches of the government: governmental spending and budget, defense matters, the making of war, the making of treaty, matters of public policy, foreign policy, foreign relations, etc.

In the United States, for example, the judiciary is not a self-perpetuating oligarchy as it is in Israel. The president nominates and the Senate confirms (or rejects) federal judges. Congress fixes their salaries, regulates the Supreme Court’s appellate jurisdiction, decides whether to create other federal courts, determines the federal judiciary’s budget, and can remove judges by means of the impeachment process.

Moreover, the judicial power of the United States can be exercised only in suits brought by persons that have a tangible grievance that can be remedied by the court. Furthermore, because the judicial power is not the only governmental power at the federal level (there are executive and legislative constitutional powers too), the judiciary cannot direct the president whom to appoint to his cabinet.

In Israel, “separation of powers” means that the executive and legislative branches are to have no degree of control over the judicial branch.

Israeli judges cannot be appointed or removed by the Knesset.

The Judicial Selection Committee was established in 1953 to appoint all judges. The committee was intended to prevent outside political pressure; however, it serves to aid left-wing political dominance.

The Supreme Court consists of 15 justices that are appointed by the Judicial Selection Committee. The committee is composed of nine members: Three Supreme Court Justices (including the President of the Supreme Court), two cabinet ministers (one of them being the Minister of Justice), two Knesset members, and two representatives of the Israel Bar Association.

The influence of the Supreme Court committee members on the Judicial Selection Committee is almost absolute: although they constitute only a third of the committee, they are the only cohesive and stable group, while the other members change frequently. The justices further dominate the committee through an alliance with the representatives of the Israeli Bar Association. The three Justices and the two attorneys from the Israeli Bar constitute a majority.

The rules of law that Barak’s judicial opinions created have no counterpart in most democracies: that judges cannot be removed by the legislature, but only by other judges; that a court can countermand military orders; that a court can decide “whether to prevent the release of a terrorist within the framework of a political ‘package deal’” and direct the government to move the security wall that keeps suicide bombers from entering Israel; that any citizen can ask a court to block an action by a government official, even if the citizen is not personally affected by it; that any government action that is “unreasonable” is illegal (i.e., the executive must act reasonably, for an unreasonable act is an unlawful act); that a court can forbid the government to appoint an official who had committed a crime (even though had been pardoned) or is otherwise ethically challenged, and can order the dismissal of a cabinet minister because the minister faces criminal proceedings; that in the name of “human dignity” a court can compel the government to alleviate homelessness and poverty; etc.

Barak’s dictum that “everything is justiciable” makes nonsense of the rule of law, as well as Israel’s reputation as a democracy. It renders Israel a judicial despotism.

Democracy is a system of government in which the key officials stand for election at relatively short intervals and thus are accountable to the people. A judiciary that is free to override the decisions of those officials is anti-democratic and usurpative.

It is imperative that the Knesset should curtail the powers of the Supreme Court of Israel, determine the shape and structure of the judiciary, establish the jurisdiction of the courts, and reform the way that judges are selected and removed. 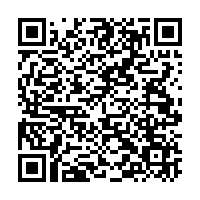