Five people died in the strike, including Kuntar and a second Hezbollah terrorist, along with three pro-regime “Popular Committee” fighters, according to the UK-based Syrian Observatory for Human Rights. Israeli fighter jets allegedly targeted the group as their vehicle traveled in the outskirts of the Druze village of Hader. The air strike has not been confirmed by Israel, which has declined to confirm or deny reports of the attack.


Last April media also reported that Israel had attacked targets in Syria, but it later became clear that Syrian opposition forces had carried out the attacks.

In January, Israel attacked a group of six Iranian-backed Hezbollah fighters in Quneitra, a military source confirmed, saying they were “terrorists who intended to attack Israel.” Among the dead at that time was Hezbollah commander Jihad Mughniyeh, commander of the Syrian Golan sector where today’s attack was carried out. Mughniyeh was the son of the late Hezbollah international operations chief Imad Mughniyeh, assassinated February 12, 2008 in Damascus. Several Iranian troops were also killed in that attack, the semi-official Iranian Tabnak news site reported, including an Iranian commander.

Samir Kuntar Set Up Terror Network in Golan Heights
Samir Kuntar, who became a senior officer in the Hezbollah terror organization after his release from an Israeli prison in 2008, had set up a terror network on the Syrian side of the Golan Heights in recent months.

The former Druze member of the Popular Front for the Liberation of Palestine (PFLP) served nearly 30 years in an Israeli prison for leading an April 1979 terror attack on Nahariya. Kuntar was responsible for killing three members of the Haran family, including two small children and their father, plus an Israeli police officer. Almost 30 years later he was among five living and 199 dead terrorists swapped for the bodies of IDF reservists Eldad Regev and Ehud Goldwasser. The Israeli soldiers were abducted and killed by Hezbollah in a cross-border raid that ignited the 2006 Second Lebanon War.

In May of this year, a terrorist cell attempted to place an explosive charge along Israel’s border with Syria, up in the Golan Heights. Defense officials told reporters they believe the cell was headed by Kuntar, operating on instructions from Iran. Reportedly the cell was operating in retaliation for an air strike attributed to Israel destroyed weapons that were being handed over to Hezbollah by the Syrian regime. Sources said the defense establishment believes the cell was being instructed directly from Tehran, rather than via Hezbollah.

Kuntar’s No. 2 Was Golan Druze Villager
Kuntar’s second-in-command – Muwafaq Badiyeh – was assassinated on June 17 in an alleged car bombing on the road between Quneitra and Damascus. The Hezbollah-backed Al Akhbar newspaper blamed the attack on “Mossad agents.”

Badiyeh, like Kuntar, was a Druze and lived his entire life in Hader, and continued to live in the village until his death last month. The village is one of the few in the Syrian Golan Heights – other than Quneitra – that retains its loyalty to the regime.

“The man … fueling the violent events here in Samir Kuntar,” the chairman of the Druze and Circassian local councils, Jabber Hamud said last month. “We’ve known this fo some time and I call on the heads of the defense establishment to do all that is necessary.” 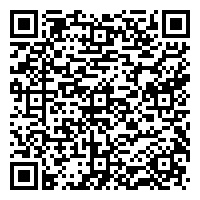