A Democratic member of the House Armed Services Committee compared Jewish Israeli settlers to termites on Monday while speaking at an event sponsored by an anti-Israel organization that supports boycotts of the Jewish state.

Rep. Hank Johnson (D., Ga.) launched into a tirade against Israel and its policies toward the Palestinians, comparing Jewish people who live in disputed territories to “termites” that destroy homes. Johnson also compared Israeli Defense Minister Avigdor Lieberman to Republican presidential candidate Donald Trump, a remark that drew vocal agreement from those in the room.

“There has been a steady [stream], almost like termites can get into a residence and eat before you know that you’ve been eaten up and you fall in on yourself, there has been settlement activity that has marched forward with impunity and at an ever increasing rate to the point where it has become alarming,” Johnson said during an event sponsored by the U.S. Campaign to End the Israeli Occupation, an anti-Israel organization that galvanizes supporters of the Boycott, Divestment, and Sanctions movement, or BDS.

Johnson, who in 2010 voiced his fears that Guam would tip over and capsize if too many people resided on the island, said that “Jewish people” routinely steal land and property from Palestinians.

“You see one home after another being appropriated by Jewish people who come in to claim that land just because somebody did not spend the night there,” he said, referring to claims that Israeli settlers plot to seize Palestinian land. ‘”The home their [Palestinian] ancestors lived in for generations becomes an Israeli home and a flag goes up,” he said, adding, “the Palestinians are barred from flying flags in their own neighborhoods.”

Johnson went on to compare Lieberman to Trump as he lashed out against the Israeli government.

“The fact is the Israeli government, which is the most right-wing government ever to exist in the state of Israel in its history, the most right wing government, you got a guy like Trump who is now the minister of defense in Israel calling the shots on defense,” he said, adding that he is not the only member of Congress who holds these views.

“I had no idea the [platform] fight would be over ‘occupation’ and ‘settlements,’” Zogby said, referring to efforts by more mainstream elements of the Democratic Party to ensure the platform language remained staunchly pro-Israel.

“Something happens in this game where they [Democratic Party members] take their policy brain out and put it somewhere and they substitute their politics brain, which they think is a smart brain,” Zogby said, summarizing this thought process as: “We can’t do it because Sheldon Adelson will come out against us.”

“Jesus,” Zogby said, “he’s gonna come out against you no matter what!” 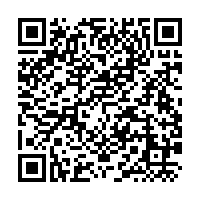