If most of us remain ignorant of ourselves, it is because self-knowledge is painful, and we prefer the pleasures of illusion. -Aldous Huxley
During my years in Uruguay, I met multiple people who had discovered, some quite recently, that they had Jewish ancestors. Many of them were descendants of the crypto-Jews of Spain, that significant portion of the Jewish community that chose to convert to Christianity centuries ago, rather than be exiled from the kingdom of Ferdinand and Isabel. They kept their Jewish identity and practice secret, especially from agents of the Inquisition. I’ve heard estimates that as much as twenty percent of those of Spanish descent are of Jewish origin. We’re talking about tens of millions of souls.
However, that was not the only source of newfound Jews. There were a number whose grandparents had hidden any trace of their Jewishness during the Holocaust, that on their deathbeds, or even after, were revealed to be Jewish. My friend, Rabbi Avi Baumol, active in the Krakow Jewish community, confirms that there is a growing phenomenon of young Poles discovering their Jewish pedigree and returning to their roots.
Rabbeinu Bechaye on Numbers 26:51 (Pinchas) analyzes the census that Moses conducts at the end of the Jewish forty-year journey through the desert. He then calls upon the prophecy from Isaiah (Chapters 54 and 49) which claims something surprising for a nation that was always the smallest, the weakest, the most insignificant in terms of population. The claim is that at the end of days, Jews will be the largest nation on the planet and they will return in mass to Israel.
Have we seen the initial trickle of what may turn out to be a flood? Are the Ethiopian Jews a sign of more to come from the African continent? Are the Bnei Menashe of India a portend of a more significant influx from the subcontinent? Are the resurfacing Jews from throughout the Americas and Europe a hint of much more below the surface?
What of more ancient rumors and theories of the lost ten tribes? Are the Celts and their progeny somehow our long-lost cousins? Do the Jews of Kaifeng, China, really predate the Tang dynasty (618-907) and are they perhaps just the tip of the iceberg as to what part of the Chinese population is actually Jewish?
The possibilities are both intriguing and exciting. What would it mean to the world to suddenly have hundreds of millions of people, perhaps over a billion souls, identify themselves as Jewish, and show solidarity with Israel? That is one of the possible scenarios of the Messianic age.
May we be welcoming to all who seek us out and demonstrate kindness and graciousness to make us a tribe worth rejoining.
Shabbat Shalom,
Dedication:
To the Ethiopian Jews. You are our brothers, no matter what any bureaucrat says.
Advertisement 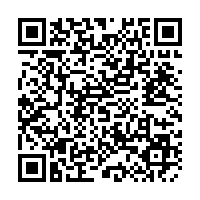