The unfortunate incident which took place in the Jordan Valley on Saturday, where an IDF officer was forced to physically fight off an anti-Israel activist, has proven once again that we are not dealing appropriately with this latest attack on the very legitimacy of our existence. We witnessed this regrettable phenomenon again this week with the ludicrous internal debate that has surrounded the ‘flytilla’ attack on Israel. Our society is busying itself with an absurd internal debate that includes calls from the extreme-left to welcome these anti-Israel activists and open a dialogue with them. This is not only a misguided theory, but it actually endangers the foundations of our society. Attempts to explain the rationale behind the Zionist dream of building a state in our historic homeland are futile when directed at those seeking to infiltrate Israel’s borders solely to attack us from within.

It is time that we recognize the reality with which we are faced. The State of Israel is at war. This war is being fought on a completely different battlefield than in the past, where the notion of ‘de-legitimization’ has replaced bullets and provocative actions such as the flotilla have replaced tanks and fighter planes. Nevertheless, we must not be confused by this new type of warfare. Just as we did not hesitate to confront the violent acts perpetrated by our enemies in the past, we cannot waver in our resolve against this new threat. Would we allow a would-be suicide bomber into our country to facilitate a ‘dialogue’ with him? Of course not. Here too we must not be naïve and bury our heads in the sand. While the ‘de-legitimization battle’ may be sometime confusing and seem less dangerous than physical acts of war, the implications of capitulation will be just as dire for Israel’s future as a military loss would be.


To combat this new form of warfare, we must be as creative as we have been on the traditional battlefield. We must immediately implement a three-pronged approach at keeping these terrorists out of Israel: prevent, arrest, and deport. Our diplomats and envoys abroad must work with our allies around the world to ensure that these troublemakers never make it on a plane in the first place, and our security and immigration officials here in Israel should ensure that those who do get through are arrested and then either jailed or deported. During this past week Prime Minister Netanyahu and his ministers prepared well for the looming onslaught, and the results of having a well thought-out policy are evident in the fact that the ‘flytilla’ debacle we were warned so much played out in relative quiet. They should be commended for their vigilance.

Still, as we saw with the Jordan Valley incident these steps must be further strengthened and stringently implemented. The militant activist from Denmark who attacked the IDF officer should have never been in a position to do so. He never should have been allowed entry into Israel. Once he was allowed in, he should have been arrested and tried at the first sign of illegal activity. Even now, it is unacceptable that he is walking free in our country after violently attacking an officer. He must be arrested and deported immediately.

The State of Israel must defend itself against anarchists and all those who openly state that their only reason for entering the country is to work from within to ensure its destruction. We have seen what happens when we allow such activities to go on unchecked. What began as “non-violent” protests against our right to build a security fence to defend against suicide bombers has turned into weekly riots in places like Bilin where rocks, concrete blocks, and Molotov cocktails are regularly hurled at our soldiers. These so-called activists not only take part in these violent attacks on our security forces, but also gather intelligence against Israel and provide it to organizations that bankroll terrorism against our citizens.

While I am a fervent advocate of Hasbara outreach – I have personally spent countless hours, days, and weeks traveling around the world speaking out on behalf of our legitimate rights – we must also know when the time for talk has ended. In dealing with those who openly and unabashedly call for the destruction of the Jewish State, it is a waste of time to make the ‘case for Israel’. Instead, we must meet this challenge as we have similar threats in the past, with creativity and determination, to ensure that the interests of the State of Israel and the Jewish people are safeguarded against those who seek to hurt us. 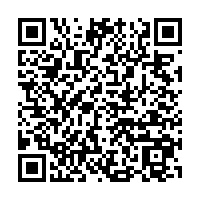