Like clockwork, the question of school vouchers makes a prominent appearance whenever the media focus on a statewide election in New York, particularly one in a heavily Orthodox district. The latest chime was sounded during the battle between Lew Fidler and David Storobin to fill an open state senate seat; both promised constituents that they would make the fight for vouchers and tax education credits their priority. (Nearly a month after the election, a winner has still not been declared in the election.)

Jewish groups have been pushing this issue forward for years, hoping that vouchers will help ease the strain of tuition for Jewish families, who often have multiple children attending yeshiva day schools. They have been joined by Catholic groups and non-parochial organizations that favor “parental choice” – the buzzword for increased educational options for children.

But do vouchers have a legal leg to stand on in New York, or are all these campaign promises and advocacy efforts just a lot of talk?

The Blaine Amendment, which prohibits the use of state funds to aid religious schools, appears to be the main constitutional barrier. Drafted in the 1870s by an anti-Catholic U.S. senator, the amendment was intended to punish Catholics who wanted to pull out of the common schools, which at that time were predominantly Protestant-led, according to Eric Rassbach, deputy general counsel for the Becket Fund for Religious Liberty, which has worked with the Orthodox Union on the issue of vouchers.

The Blaine Amendment failed to get the requisite amount of votes to become a federal amendment, but was eventually adopted by nearly all 50 states, including New York, and fiercely restricts the amount and type of aid that states can provide to private schools.

But Maury Litwack, director of political affairs for the Orthodox Union, said the Blaine Amendment is not the real issue preventing school vouchers in New York.

Litwack and many other experts contend that it is less of a legal question than a political one, with the strong presence of the powerful teachers’ and public employee unions crowding out the possibility of advancing issues against their agenda.

“It’s a boogie-man issue in general – bring up vouchers and you get into state vs. church discussions when it should be much broader than that,” said Litwack. “The biggest problem is that [the Blaine Amendment] is used as a reason by legislature, more of a symbol by states to say ‘we can’t help you.’ It’s more of a public blockade than an actual constitutional problem.”

. It’s not that anyone has argued against it,” but legislators are aware of the political challenges.”]

Richard Komer, a senior attorney at the Institute for Justice (IJ), a libertarian public interest law firm, agrees: Political challenges in New York are harder than other states because unions arestronger here, he said.

Komer noted that New York is the home base for the American Federation for Teachers, one of the two major teachers’ unions in America. Public employee unions are very powerful as well in the state and have a lot of sway in the Democratic Party, he said.

“That’s why you don’t have [vouchers]” he said, “It’s not that anyone has argued against it,” but legislators are aware of the political challenges.

Those that point to the political challenges in New York say that state courts have been quite liberal in interpreting the Blaine Amendment, especially in contrast to other states.

In contrast, states like Florida and Washington don’t provide funding for transportation. In Florida, where the Blaine Amendment has been interpreted very strictly by the courts, it’s been put on the ballot for repeal, he said.

“As long as a school voucher program includes making a genuine independent choice by the parents – in which they are making the decisions where the money is getting directed – it should be constitutional,” said Rassbach at the Becket Fund.

Komer echoed that sentiment. “It’s clear who the direct beneficiaries are – it’s the families who pay for this. Any benefits to the school are incidental,” and therefore constitutional, he said.

There are some, though, that do see the Blaine Amendment as a significant legal barrier. 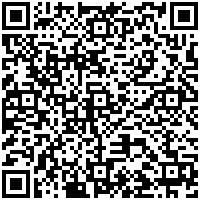