Many ideologies have passed over the Mediterranean Sea on their way to the Arab world, and each time a new ideology arrived, many thought that it would be the ideology, with a capital ‘I’ that would unite, organize, form and lead the Arab world into European-style modernity. The nationalism (loyalty of the individual to his ethnic group) that was awakened in Europe after the “Spring of Nations” (1848) was known as “Komiya” – patriotism, in the Arab world, which is expressed by connection and loyalty to the homeland. Pan-Slavism was transformed into pan-Arabism; European socialism was adopted by the Arab world under the name of “Ba’ath”; Communism was also imported and was known as “Shayoo’aya” and even Nazi ideas that arrived in the years of the thirties took hold among some modern Arab intellectuals. One example is Muhammad Anwar al-Sa’adat, who was head of the Egyptian Nazi movement, and was later to become the president of Egypt.

All of these ideas were buzzing in the public arena in the Middle East within the last hundred years, and observers from outside – mainly the officials of the colonial offices of the British Empire – thought that European modernity had arrived to the Middle East and had settled among its peoples through the modern ideologies that were imported in the mouths and in the pens of those enlightened Arabs who were educated in the Sorbonne, Oxford, Yale and Harvard. On the basis of these ideologies – so the British, French and Italian colonial officials hoped – nation-states would emerge, as happened in Europe, and these nation-states would supply a focal point for identity, social adhesion, and national consciousness for the masses in the Middle East (though nobody asked these people if they at all wished to adopt the social methods and ideologies of the European states).


But this didn’t happen. The masses of the Middle East, for the most part, remained loyal to their tribe, ethnic group, religious group, or sect and rejected all of the ideas that were imported from the West. The cornerstone of Middle Eastern culture was and remains tribal culture, that which Europeans thought it possible to eliminate by means of a few articles in the newspaper or speeches on the radio. Today we address our words to the loyalty of the peoples of the Middle East within their traditional frameworks.

The source of this miserable country’s problems is the fact that the British included within it eleven different ethnic groups: Kyrgyz, Turkmen, Nuristani, Pamiri, Pashtun, Tajik, Hazara, Uzbek, Aimak, and Baloch. These groups share very little in common, because they have different languages, different world views, different customs, different leadership, different goals, and, in short – these peoples are so different from one another that they don’t even speak the same language. It’s also important to note that none of these groups is called “Afghani”. So is it really surprising that this state is a failed state, and that no one manages to stabilize it? Throughout this state’s history, foreigners have tried to bring these ethnic groups together into some kind of basic cooperation, but the experiments have all failed. It is a wonder to me that the world continues to resuscitate this dead political body, which should have been divided into its ethnic parts long ago.

This unfortunate state is torn and divided along four axes:

The ethnic axis – In Iraq there are four ethnic groups: Arabs, Kurds, Turkmen, and Persians.

The Tribal Axis – The population in Iraq comprises approximately seventy tribes, each of which functions as if it were an ethnic group. The sons of these tribes do not marry the daughters of another tribe, because they don’t trust them, and therefore also tend not to open a business with another tribe. Each tribe has its own dialect, and in Iraq some of the tribes have their own flag and anthem, which are not connected to the flag and anthem of Iraq.

The Religious Axis – In Iraq there are a large number of religions: Muslim, Christian, a few dozen Jews, Tsavaaim, Mandaean, Zoroastrians, Bahai, Yazidi and more. The Muslims see the members of other religions as heretics.

The Sectarian Axis – The religions are divided: The Muslims are divided into Sunni, Shia, Salafi and Sufi; the Christians have about eight different sects.

Thus, Iraq is “blessed” with all of the four axes of division that are known in the Middle East. Is it a wonder that this state is hemorrhaging?

Because Libya is entirely within the Sahara desert where there is almost no water at all, the population is divided into small tribes; in Libya there are about 140 different tribes. After they succeeded in overthrowing Qadafi, the tribes are now fighting one another.

In Jordan, about one quarter of the population is Bedouin, and three quarters are “Palestinian”, meaning farmers and city people who do not want to be Bedouins and cannot be Bedouins, and therefore they are now trying to split off from the regime, (which anyway is headed by a family that the Saudis threw out ninety years ago) and to establish for themselves an “alternative homeland”, that is, a different Palestine, in addition to that which they hope will arise between the sea and the Jordan River. This is the reason that Jordan’s King Abdullah comes to Washington each month: – primarily to urge President Obama to exert pressure on Israel to establish a Palestinian state in Gaza, Judea and Samaria. If a state such as this will arise, then the King will be able to say to his citizens: “The Palestinian State already exists” and the king will then be able to exile to that Palestinian state anyone in Jordan who speaks of an “alternative homeland”. In this way he hopes to survive on his throne. 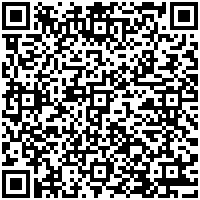