The two rival Palestinian parties are hoping that Palestinians would turn their anger and frustration toward Israel and not toward either of them.


This is why over the past few weeks leaders and officials representing Hamas and Fatah have been talking about a ‘third intifada’ that is about to erupt in the West Bank and Gaza Strip against Israel.

Both Hamas and Fatah have been urging Palestinians to step up “popular resistance” against Israel.

The two parties are telling Palestinians that Israel does not want peace or a two-state solution and is only interested in maintaining control over Palestinian lands and “Judaizing” Jerusalem.

The stepped-up anti-Israel rhetoric has resulted in a sharp increase in Palestinian violence against IDF soldiers and settlers in the West Bank and Israeli policemen in east Jerusalem.

Last week, a young Palestinian man from a village near Jerusalem was killed during a confrontation with IDF soldiers. The man, Talat Ramia, was among a group of Palestinian demonstrators who hurled stones at soldiers.

Ramia and his friends took to the streets because Fatah and Hamas had warned the Palestinians that Jewish extremists were planning to “storm” the Aqsa Mosque in Jerusalem.

Because of the warning, hundreds of Muslim worshipers clashed with Israeli policemen following last Friday’s prayer at the mosque.

At the same time, Palestinian groups in the Gaza Strip have also gone on high alert by firing more rockets at Israeli targets.

Although the two parties have signed a number of “reconciliation” accords over the past few years, the latest being earlier this month in Qatar, they have failed to implement any of the agreements.

The most recent attempt to implement the Qatar-brokered agreement between Hamas and Fatah took place in Cairo last week. However, following three days of discussions, Hamas and Fatah agreed to delay talks over the formation of a unity government because of the wide gap between the two sides.

Many Palestinians are deeply disappointed with Fatah and Hamas, which have been fighting each other since the Islamist movement came to power in 2006. Hamas and Fatah are aware that many Palestinians are increasingly frustrated with the ongoing dispute between the two sides.

They are afraid that one day the Palestinians may erupt against Fatah and Hamas. Some Palestinians have even begun talking about organizing an uprising against the two parties.

To avoid such a scenario, Hamas and Fatah are now working hard to direct the heat toward Israel. Mahmoud Abbas and Khaled Mashaal know that only a new intifada against Israel will help them stay in power: Palestinians will be too busy fighting Israel. 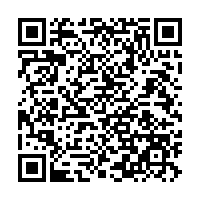