These days, Jerusalem has returned to the headlines in the Middle East because of the plan to build a pedestrian bridge to the “Mughrabi” Gate of the Temple Mount. Many bridges have been built in Israel without arousing even one word of criticism in the Arab or Islamic world, but if Israel comes anywhere near the Temple Mount – whether it be for the tunnels or archaeological digs – the speakers of the Arab and Islamic world immediately jump to their feet and scream bitterly. Why?

Jerusalem, at least the Old City and the Temple Mount, has been a Palestinian political demand ever since it was liberated from the illegitimate Jordanian occupation in June 1967, despite the fact that it was never the capital of anything throughout Islamic history, and was not even the regional capital of Palestine after the Muslim Conquest in 627 CE. The capital was Ramle, 30 kilometers to the west from Jerusalem. And so, we ask: Why is Jerusalem holy to a religion that was established and developed in the Arabian desert, today’s Saudi Arabia? How did Jerusalem win the status of “the third holiest site in Islam” despite the fact that it does not appear even once in the Qur’an? Why, did only Sunni Muslims, traditionally, consider Jerusalem as a holy city while Shi’is do not?

To understand why this is so, we must trace the evolution of the idea of the holiness of Jerusalem in Islam. According to the Qur’an (Chapter 25, Verse 5) the prophet of Islam, Muhammad, was harshly criticized by the members of his tribe in Mecca for bringing them a religion which was nothing but “Asatir al-Awwalin” (the legends of the precursors), meaning the religious narrative of the Jews and the Christians, because many of the stories that appear in the Qur’an are copies of stories from the Bible. Apparently Muhammad learned these stories from his very close friend, a Jewish Rabbi from Yemen named Ka’b. The criticism of Islam, as a copy of other religions made Islam appear illegitimate, so in order to get a “seal of approval” Muhammad tried to convert three Jewish tribes who lived in a desert oasis called “Khaybar”, which was situated near the city of al-Medina. To please them, Muhammad legislated that the direction of prayer for Muslims was determined to be Northward, towards Jerusalem, for some 16 months. But the Jews remained loyal to Judaism and did not embrace Islam and therefore Muhammad waged war against them, slaughtered the men and took the women, including Safiyya, the daughter of one of the tribal heads, whom he took as a wife. After he eliminated these Jewish tribes, he was no longer interested in their direction of prayer, so he abandoned Jerusalem and turned the direction of prayer Southward, towards the city of Mecca. He later conquered Mecca, burned the idols that were within, and consecrated the city.

In those days Muhammad had a group of supporters in the city of al-Ta’if, which was located at a distance of a two-day walk from Mecca. When Muhammad walked to Ta’if and back he would spend the night in the village of “al-Gi’irrana”, and Islamic tradition has it that near the village were two mosques, “The Nearby Mosque” (“al-Masjid al-adna”) and the “Distant Mosque”, (“al-Masjid al-Aqsa”), and that he would pray in one of them before setting out on his day-long journey, either to Ta’if or back to Mecca. The Qur’an (Chapter 17, Verse 1) tells a story that one night a miracle occurred to Muhammad; the Creator took him to the Distant Mosque in order to show him His miracles. The people of that generation understood this passage literally, because they knew that “al-Masjid al-Aqsa” was near the village on the way to Ta’if. Muhammad died in the year 632, without ever having visited Jerusalem.

Five years after Muhammad’s death, Jerusalem was conquered without a battle, when Bishop Sophronius opened its gates to the formidable army of the second Caliph, ‘Umar bin al-Khattab. Sophronius took the caliph and his entourage for a tour of the city, and included in his entourage was Ka’b, Muhammad’s Jewish companion. When they arrived at the entrance to the Temple Mount Ka’b removed his shoes, apparently because of the passage “remove your shoes from your feet” because the place was holy. Caliph ‘Umar saw this and asked him the meaning of his actions, and Ka’b answered that it was because of the holiness of the place. Caliph ‘Umar became angry with him, scolded him and accused Ka’b for trying to insert Jewish concepts into Islam, and insisted that he put his shoes back on immediately because the place was not holy at all. The great Islamic historian, al-Tabari, tells this anecdote and we can derive from it the interpretation that Jerusalem in the year 627 CE – even though it was under Muslim occupation – was not considered by them to be a holy place. 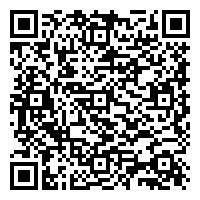