“O those who long to die a martyr’s death,
You are all Hamas,
Banish the sleep from the eyes of all the Jews
Forget about the whole world, forget the conferences
Take up your arms
Say your prayers and call to Allah…”

Thanks to MEMRI, this piece is known throughout the world:

Here I must provide a linguistic comment. Higazi says the name United Arab States using the Arabic term “al-Wilayat al-Arabiyya al-muttahida,” which is exactly the same as the name for the United States, with the additional word “Arabic” inserted in the middle. This similarity can be explained in two ways: a) It alludes to the future strength of the prospective Islamic state by creating a linguistic semblance between this state and the United States; b) Someone in the United States gave them the idea to establish an Arabic entity that would parallel the United States. The American who gave them the idea used the term “al-Wilayat al-muttahida” – the Arabic name for the United States – as a model for what they should establish in the Middle East, and that is the reason that the Muslim Brotherhood ideologue Safwat al-Higazi adopted this name. I don’t know which American gave them the idea, but I believe that he served, and still serves in the State Department.

The words of Sheikh Higazi were not only an election slogan intended to excite the masses, but also served as the revelation of a practical program that has supporters in the White House, in Washington, D.C. The plan was revealed recently on the Internet site Elaph, a liberal Arabic news site operating out of London. On the 12th of July, Elaph revealed the Jordanian part of the Muslim Brotherhood’s program to establish the United Arab States. This plan is based on the assumption that the Muslim Brotherhood will continue to take control of more states in the Middle East: They have controlled Turkey since 2002, won the elections for the Palestinian Authority parliament in 2006, and in 2007, took control of the Gaza Strip (which is an independent state for all intents and purposes). Since the Middle of 2011, al-Nahda, which is the Tunisian branch of the Muslim Brotherhood organization, has been the leading party in Tunisia. And since the end of June 2012, the president of Egypt was from the Muslim Brotherhood. In addition, since at the end of 2011, the Brotherhood was a dominant presence in the elected parliament, which was later dispersed by court order. The Brotherhood is also the leading force in Morocco, Libya and Kuwait, and if things go well for them, they will rule in Syria as well. The Brotherhood is supported by the rich, powerful Emirate of Qatar, with its jihadi al-Jazeera media channel that is capable- as we have seen since December, 2010 – of toppling rulers in order to place the Muslim Brotherhood in power.

Why They Hate Us 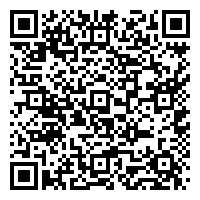