Boy, do they hate America.

I’m on a flight in Tanzania, having left Rwanda where we made a second tour of the genocide sites with the impending twentieth anniversary of the slaughter, when I meet a very fine Pakistani family going on safari.


We exchange pleasantries. They have children studying in the UK, as do many upper-class Pakistani families. My wife and I lived in the UK. We find much to talk about. I relate to them all the Pakistani students I knew at Oxford who were regulars at our events. They tell me of their trip to see the mountain gorillas and how they are enjoying Africa.

Suddenly, the father says to me, “I was in Israel recently. I enjoyed it. But I was disgusted at the treatment of the Palestinians who cannot even go from Bethlehem into Jerusalem.”

I explain to him that the checkpoints are relatively new. “They did not exist when I was a student in Jerusalem. They were set up after a wave of terror bombings killed thousands of Israeli civilians. You can hardly blame Israel from trying to stop the slaughter.”

“The slaughter?” he says, “You mean the way Israel massacres Palestinians every day. And it’s all funded by America, who is the biggest murderer in the world. Just look at the 100 people every day being killed in Iraq.”

I raise my eyebrows, trying to remain calm and provoked. “But that’s being done by Islamic terrorists. What does it have to do with America? We Americans died to liberate the Iraqis. We spent more than a trillion dollars of our national treasure on complete strangers to stop them from being slaughtered by Saddam Hussein.”

He ignores the facts and continues his diatribe. “America is now slaughtering everyone in Afghanistan, just to destabilize the region, and blaming everything on Pakistan.”

“America is trying to save Afghanistan from the Taliban,” I counter, “monsters who brutalize women, fanatics that behead those who don’t conform to their religious extremes.”

“Nonsense,” he says, “the Taliban is infinitely more humane that the Americans and their agents in the Middle East, the Israelis.”

By now I’ve had enough and I go on the offensive.

“Why was Osama bin Laden living in Abbotabad, a mile from Pakistan’s West Point? Who was sheltering a man who killed 3000 innocent Americans?”

And here he makes my jaw drop. “Three thousand Americans dead is nothing, a drop in the ocean, compared to how many Muslims America has killed.”

You may wonder why I am relating this story. It’s an isolated incident, right? But it’s not. It’s a sentiment I encountered in so many parts of Africa where I traveled to Rwanda, to again see the genocide sites and meet with government officials, and then to Arusha in Tanzania, to see the criminal courts where the Rwandan genocidaires were tried.

Readers of my columns will know that I am one of Jewry’s foremost defenders of Islam. I remind Jewish audiences constantly that we dare not de-contexualize the current frictions between Jews and Muslims. Saladin welcomed the Jews back to Jerusalem in 1187 when he captured the holy city from the crusaders who massacred every last Jew. The Ottomans took in large numbers of Jews when we were expelled from Catholic Spain and Portugal. Jews flourished in many Islamic lands where the Koran said they would have to be treated as second-class citizens but should otherwise not suffer persecution. I took Dr. Oz, during our recent visit to Israel together, to see the tomb of Maimonides in Tiberius, explaining that the greatest Muslim ruler that ever lived made the great sage his personal physician. Whenever some of my Jewish colleagues speak of Islam as an inherently violent religion, citing verses in the Koran to prove it, I remind them that there are plenty of verses of our own Torah which can be taken out of context and sound pretty violent. It all comes down to how these passages are interpreted.

But with that being said, there is no question in my mind that Islam is undergoing a modern crisis which perhaps only its clerics and lay leaders can rescue it from. Here in Tanzania there was a terrible story just a week ago when two British female Jewish teenagers were attacked with acid by Islamic assailants.

Where are the Islamic leaders and clerics who are prepared to say, “We are responsible for our own problems. We are taking a great world religion and turning it insular and away from secular knowledge rather than finding the balance between the holy and the mundane. We are not empowering women to be the equals of men in all spheres. We Palestinians took the largest per capita foreign aid ever given to a people and we allowed corruption and hatred of Israel to squander the funds on bombs and bullets rather than building universities and schools. We elect leaders democratically who then, like Hamas, or Muhammad Morsi, precede to dismantle democratic institutions. We see the Jews as our enemies rather than using them as an example of what we ourselves should aspire to. They returned to their land after long ago being dispersed by foreign European powers and made the desert bloom. We can surely do the same.” 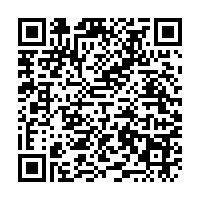