Since the signing of the Geneva agreement between Iran and the group of six countries at the end of last week, media outlets the world over have been discussing the agreement and the easing of sanctions, what Iran will give in return and the ability – which exists or does not exist – to oversee whether the Iranians, who have lied and cheated the world for many years, will faithfully carry out what they agreed to and signed on. There were those who wondered about the absence of the demand for Iran to dismantle the plutonium reactor in Arak, whose purpose is only military, and there were those who calculated the time that would be required for the Iranians to renew the activity toward producing a bomb. The media outlets of the world dealt quite a bit with Israel’s concern, the rage of the Saudis’ and people in the Gulf Emirates, and everyone wonders what Israel will do, who is not part of the agreement.

The common element among most of those who have been discussing the matter is that everyone sees only two sides, Iran and the West, and ponders which of these two sides has gained more from the agreement. Most of the commentators ignore the third party, large but silent, in pain but obedient, who experienced a major defeat as a result of the agreement. This party is the majority of eighty million Iranians. It is no secret that the great majority of Iranian citizens hate the regime of the Ayatollahs with all their hearts, and from time to time express this hatred with demonstrations and street disturbances, such as those that swept the streets of Iran after the “elections” for presidency in June of 2009 and which brought about the deaths of hundreds of demonstrators who were champions of liberty and hungry for freedom.


They, the restless young men and women, secular up to their ears, aspiring to freedom but living under oppression, educated but unemployed, suffering from the terrible corruption that the regime of the ayatollahs is immersed in, hoped that the economic sanctions on the dark regime would suffocate it and bring it to its end. This was not a wild hope: in the past it was learned that at the height of the wave of protest demonstrations about the stealing of the elections in which Mahmoud Ahmadinejad was “reelected” in 2009, the rulers of Iran had two jets prepared in order to leave the country and escape from the raging masses.

Now, after the agreement that was signed in Geneva, the sanctions are eased and the regime is beginning to breathe more easily. The Iranian Rial – which had lost about half of its value in recent years – rose last week by two percent. The economic optimism causes new blood to flow in the clogged veins of the regime, and all of the freedom seekers in Iran feel that the historic opportunity to rid themselves of the dark fanatics who rule their lives and deaths has been squandered. The sanctions, which were a non-violent weapon, could have subdued one of the most violent regimes in the world, if the Western countries had only maintained them.

But the West has again shown its ugly face and the fact that money is more important in their eyes than values: the deals with the regime of the ayatollahs have so blinded the leaders of the western countries that they don’t see the rights of the Iranians to live in freedom like the citizens of the West. For a handful of Iranian petrodollars the politicians prefer to remove from the list of demands, the right of the citizens of Iran to enjoy the values of democracy that the citizens of the West enjoy. In the past the West would have examined the behavior of countries with a long series of matters related to human rights and civil political freedoms, and they would reach economic conclusions in accordance with a country’s compliance with ethical standards.

The Geneva agreement tore the mask from the face of hypocrisy that characterizes the political behavior of many politicians in the West today. From their point of view the eighty million Iranians can continue to live lives of misery, oppression and degradation under an illegitimate, cruel and bloodthirsty regime that spreads terror and death all over the world and is directly or indirectly responsible for the murder of many thousands in Syria, in Iraq, in Yemen, in Israel and in many other countries. The West of today has lost its faith in the values that sustain it and upon which its culture was founded, and it is willing today to do business with mass murderers for economic gain that will result from these deals. The ayatollahs’ money is what is important, and therefore their regime is too, and to hell with eighty million Iranians and their right to live a life of freedom. 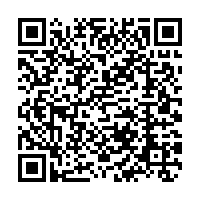