The US, the largest funder of UNRWA, (Reaching $400 million this year, 1/3 of the UNRWA budget), could have predicated further funding of UNRWA on a humanitarian commitment to resettle UNRWA’s client population: 5.4 million descendents of Arab refugees from the 1948 war – into decent permanent living conditions.


Yet the US-UNRWA accord mentions nothing of the kind.

Instead, the US-UNRWA accord mandates that thousands of these descendents of Arab refugees who have wallowed in the indignity of refugee life for 66 years, must continue to live in refugee squalor “until a comprehensive and just solution is secured”, something which UNRWA will not let happen.

Dr. Arnon Groiss, a journalist from the Arabic language service of the Israel Broadcasting Authority, who has extensively studied PA textbooks used in the UNRWA schools, has concluded that no solution to the refugee issue is offered by UNRWA for the future of the Palestinian refugees except for one: the “right of return” to villages that existed before 1948.

Manifestations of the “right of return” in PA textbooks, as taught in UNRWA’s schools, are not nostalgic literary pieces.

Rather, as presented to the students and shown here, the “Right of Return” plays a prominent role in the Palestinian political vision of a continued struggle against a delegitimized and demonized Israel until its eventual destruction.

The educational services provided by UNRWA to their 492,000 students promote this non-peaceful line, in contradiction to the Agency’s declared mission as a UN agency dedicated to peace.

Meanwhile, The US- UNRWA accord proudly features the UNRWA “Human Rights, Conflict Resolution, and Tolerance curriculum” as a step in the right direction.

The US – UNRWA accord also lauds section 301(c) of the US Foreign Assistance Act of 1961, as amended (hereinafter referred to as “section 301(c)”), which states: “No contributions by the United States shall be made to (UNRWA) except on the condition that (UNRWA) take all possible measures to assure than no part of the United States contribution shall be used to furnish assistance to any refugee who is receiving military training as a member of the so-called Palestine Liberation Army or any other guerilla-type organization or who has engaged in any act of terrorism.”

Yet there no clause appears in the new US-UNRWA accord, which called for enforcement of this anti-terror clause.

Instead, the US –UNRWA accord relies on UNRWA itself to enforce this clause, which according to the accord “is committed to taking all possible measures in conformance with conditions on U.S. contributions to UNRWA pursuant to section 301(c). The accord “expects UNRWA to maintain constant vigilance in its efforts and actions to fully meet the conditions on U.S. contributions as described in section 301(c)”

In other words, the US gives UNRWA the benefit of the doubt, stating that “The United States and UNRWA share concerns about the threat of terrorism, adding that “UNRWA is committed to taking all possible measures to ensure that funding provided by the United States to support UNRWA is not used to provide assistance to, or otherwise support, terrorists or terrorist organizations”.

Just as the US accord with Iran places the burden of proof of any wrong- doing on the determination of the Iranian regime, the US allows UNRWA to determine if it has committed a security indiscretion. 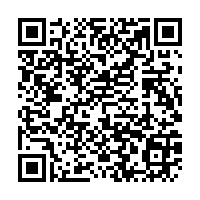