The Israeli-based Teva Pharmaceutics company is going to shell out $40.5 billion to buy Allergan and withdraw a troubled offer for almost the same amount of money to purchase Mylan, according to financial media reports Monday morning.

Mylan has opposed the offer, and Teva’s buying Allergan would extricate it from a bitter battle for Mylan. The addition of Allergan also would strongly strengthen Teva’s generic drug position in the industry.


Teva’s share price leaped 10% in trading in Tel Aviv Monday morning after trading has been suspended pending a “significant” announcement by the company.

Teva’s attempt to buy Mylan turned out to be a hostile takeover attempt that has resulted in a nasty war of words between the two companies. Indications are that the stock will open 25% higher than last week’s close.

Mylan chairman Robert Coury has called Teva’s bid “not even close to qualifying as a proposal worth pursuing,” while Teva countered that the purchase would expose Mylan as a “dysfunctional culture” and “troubled company.” 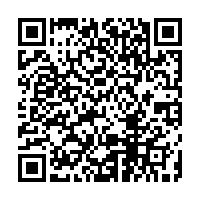